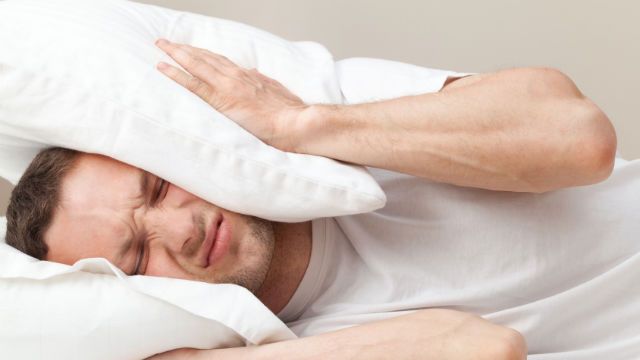 Not every trauma-related side effect should be classified as post traumatic stress disorder (PTSD). Soldiers and other survivors of trauma who suffer from night sweats, vivid dreams, and other disruptive nocturnal behaviors (DNB) may instead be experiencing trauma-associated sleep disorder (TSD).

Researchers from a study conducted by the Brian Allgood Army Community Hospital in South Korea, the Madigan Army Medical Center in Washington, and the University of Pittsburgh School of Medicine are trying to bring about recognition of TSD as a diagnosis. TSD can include a variety of sleep related symptoms, including: vivid nightmares, insomnia, night sweats, anxiety, screaming, thrashing, kicking, and punching during periods of sleep.

Sometimes, sufferers of TSD physically act out their dreams and have woken to find they have inflicted physical harm on their bed partner.

Dating back to the Vietnam War, these types of symptoms were often classified as PTSD, but TSD is different in that it doesn’t cause daytime symptoms, such as flashbacks or emotional reactions from triggers. Other times these disruptive sleep behaviors have been thought of as REM behavior disorder. This disorder happens during the “rapid eye movement” sleep stage, and sleepers appear to be acting out the events of their dreams.

It is rare for younger men to have REM behavior disorder. People with this disorder are usually over 55 and in some cases have degenerative brain diseases. Their dreams are typically of fights with animals like bears. The disorder prevents the usual body paralysis during REM; therefore, it is usually easily observed.

TSD, on the other hand, starts because of trauma from things like experiencing combat. Also, TSD involves a wider variety of sleep disturbance characteristics. It is believed to be an “overdrive phenomenon” related to adrenaline rushes and the “fight-or-flight” reflex.

A significant problem with understanding this disorder more clearly is the difficulty of monitoring veterans in their sleep. If a veteran knows they are in a monitored laboratory, they may feel more secure and less likely to have symptoms. However, a recent study proved successful when researchers were able to monitor four young, male, active-duty soldiers during TSD episodes.

Participants of the study were monitored in a sleep medicine clinic with overnight polysomnogram (PSG), which records heart rate, movements, sound, and brain waves. During their observations, researchers witnessed DNB symptoms ranging from vocalizations to somnambulism (sleepwalking).

In their nightmares, participants were reliving traumatic experiences from their time in combat and sometimes physically acting them out.

Stress may be overriding the natural paralysis of sleep

Usually when people sleep, their body paralyzes itself as a sort of safety mechanism. Lead researcher, Colonel Vincent Mysliwiec, a sleep-medicine specialist for the U.S. Army, theorizes that the veteran’s intense stress is somehow overriding the natural process of sleep paralysis.

“For any disease, if you can’t characterize it, then it doesn’t lend itself to appropriate diagnosis, treatment and research to improve it,” said Dr. Mysliwiec. He estimates that 10 to 15 percent of trauma survivors are likely to be suffering from TSD.

Hopefully, TSD will become better understood, and it may in the future become an official diagnosis. In the meantime, research continues with the hope of finding answers.