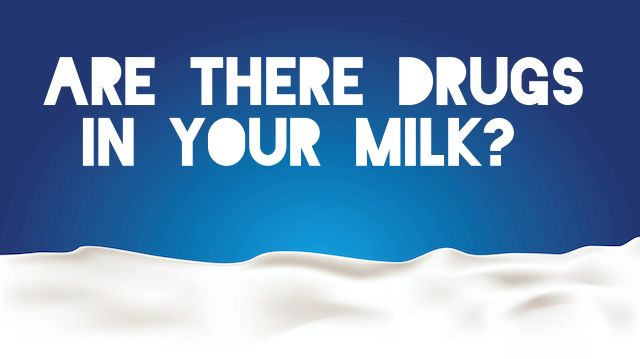 Presently, the FDA only requires testing for four out of a possible six beta-lactam drugs. These beta-lactam medications are the antibiotic group most commonly used by dairy farmers. These medications include ampicillin, amoxicillin, and penicillin.

The problem is more medications have been approved for veterinary use in the last two decades and these are not included in the routine testing for residues. The medications not being tested for include the following:

“There’s a need to look at other drugs, besides beta-lactams, that are not being tested for,” said Stephen Beam, leader of the executive board of the National Conference on Interstate Milk Shipments (NCIMS).

Organic milk sales on the rise as public concern grows
The sales of organic dairy products and milk have been on a constant rise thanks to growing public concerns over the veterinary use of antibiotics and hormones. Last year the U.S. organic dairy sector made 5.5 billion dollars in sales, which equates to an 11-percent increase.

The FDA says that U.S. milk is generally safe because they first determine if the veterinary medicines used on food-producing animals can harm consumers before they approve of their use.

“You really don’t want to be doing drugs when taking your milk,” said David Plunkett, a food safety advocate with the Center for Science in the Public Interest. “I don’t think it’s too big a burden to periodically test and make sure farmers know that someone is looking over their shoulders.” 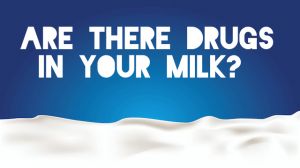 Residue of non-approved medications were found in testing samples
According to the FDA’s Center for Veterinary Medicine, a survey of 2,000 milk samples was performed in 2012 that resulted in the positive findings of residues from 31 drugs.

Although 99 percent of the samples did not have levels of drug residue that were cause for concern, the other one percent had residues of six drugs that are not currently approved for use in dairy cows. Furthermore, those drugs are not part of the FDA’s current testing program and have not yet been evaluated regarding their safety for humans.

After the results of the 2012 survey, the FDA stated it would widen the range of drug testing in milk with assistance from the NCIMS.