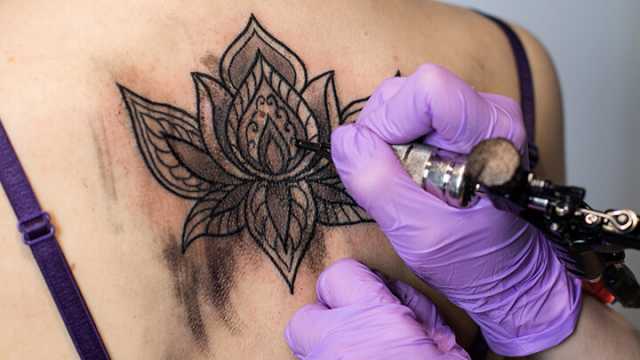 I’m one of those people who got plenty of tattoos as a youngin — but luckily, I don’t regret them. I never experienced any negative reactions. But I have seen firsthand how tattooing can affect someone’s skin and in turn, their health.

The reality is, everyone seems to have tattoos, even those who swore they would never get one. It’s become more of a cultural norm. And although it’s still frowned upon in certain industries, the younger generation views this practice as a means to display artwork — and some beautiful work at that.

Just recently, my best friend went to a new shop and got some work done on her sleeve. And although everything seemed like it was going smoothly, her reaction to the tattoo was anything but. It became infected and swollen, and she ended up on antibiotics.

This is actually fairly common. For those considering a tattoo, please do your research! If you currently have tattoos or are thinking about coloring your skin, just be aware of all the risks. That way you can make safe decisions that will not end in regret.

These health risks are more common than you’d think

Based on a recent survey, nearly half of all people between the ages of 18 and 35 have tattoos. See, it’s the norm. Unfortunately, among these individuals, one in four regrets it. While looking at the bigger picture, when based on an estimate of around 60 million people within this age group, 7.5 million are currently walking around with a tattoo that they regret.

As mentioned, I do not regret my tattoos, but then again, I’m a writer and artist. I have never had to deal with the stigma associated with inked skin. When I got my work done, I did a lot of research and thought long and hard about each piece.

Please, before you get a tattoo, review the possible health and social consequences of your decision. I would hate for you to become one of those 7.5 million individuals. 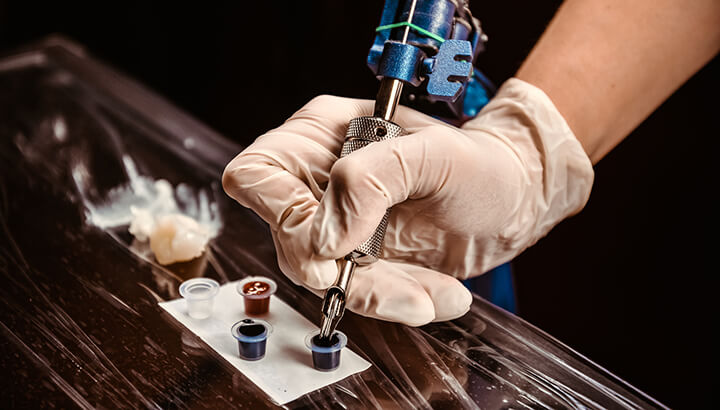 All of my tattoos were done by highly respected artists who take all of the proper steps in terms of safety and quality work. However, I have heard horror stories within the tattoo community. So please, if someone offers to tattoo you in their basement, a simple no will do just fine.

The greatest concern was based on the presence of PAHs — a group of chemicals that are known carcinogens. Although these chemicals were found in approximately one in five ink samples, they were present in 83 percent of black inks tested. Unfortunately, there’s often a mismatch between the ingredients listed on the container and the actual contents found upon testing.

While studying tattoo inks, the European Society of Tattoo and Pigment Research found copper, mercury, barium and other unsafe components. The FDA has also stepped in, as some of the pigments used in tattoo inks are intended for printer ink or automobile paint — yikes!

Although rare, a reaction or misdiagnosis may take place due to metal-based ink. There were two case studies which involved patients who actually suffered from MRI-induced burns due to iron compounds in their tattoos. As stated in a case report, these compounds can create an electric current, increasing skin temperature.

In terms of misdiagnosis, a 2015 report in the journal Obstetrics and Gynecology stated that tattoo ink influenced a shocking misdiagnosis. Doctors believed that a young woman’s cervical cancer had spread to her lymph nodes. Once removed, the malignant cells actually turned out to be tattoo ink — the same scenario occurred in another patient with melanoma.

When you get a tattoo, you can expect it to be a little tender. In some cases, it may be mildly swollen for the first couple of days, but you should not be experiencing an infection. While getting tattooed, the most common infections are due to poor skin preparation or a lack of thorough equipment sterilization.

Ugh, it makes my skin crawl thinking about it. Remember, any shop can hire any individual. In terms of this industry, there are far too many under-qualified individuals who are ruining people’s skin. For those who develop a skin staph infection, this is very serious and in some cases, life-threatening.

Today, due to antibiotic resistance, there are many strains that are no longer affected by the antibiotics which we’re so readily given. As stated in one study, three percent of tattoos become infected and nearly four percent of those tattooed experience pain for more than a month.

Throughout the literature, there are some severe cases where individuals have contracted skin conditions. These include lichen planus, sarcoidosis and lupus-like reactions, which are all linked to inflammation and immune function. For those who experience these symptoms, scarring may become apparent.

Although no one wants to experience an infected tattoo, some of the most heartbreaking cases involve those who contracted hepatitis C. Although this infection can now be treated, long-lasting consequences can occur, including scarring of the liver and even liver cancer. Being highly infectious, hepatitis can easily be transmitted through needles.

Can’t I get my tattoos removed? 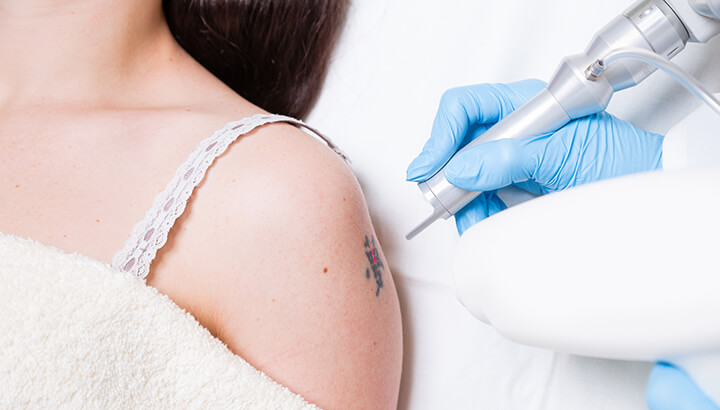 Getting a tattoo is not a decision for youth — it is one that should be well planned and thoughtfully considered. If you get a tattoo as a young adult, you need to be mindful of how that may interfere with employment prospects, as well as your health.

At this time, tattoo laser removal is limited. This process can only remove certain colors, which is becoming more difficult as tattoos become brighter and more vibrant. For those who have darker skin, removal tends to have less success and requires more sessions in order to avoid significant damage.

The risks of tattoo removal

Tattoo removal causes the skin to break up under the skin for the body to remove. Once again, individuals face issues, including the risk of infection, scarring, and in some cases, the darkening of tattoos. Luckily, as technology advances, these issues will become less apparent.

Also, new inks are now being developed that include biodegradable ingredients, making them both safer and easier to remove. Being someone who has tattoos myself, I certainly believe that education is critical when making this decision. You need to understand the possible consequences of your actions, in terms of social, professional and health-related factors.

Things to consider before you get a tattoo

If you are planning on getting a tattoo, please remember the following: