After listening to numerous testimonies for and against the fluoridation of water, county commissioners in Hernando County, Florida, located about 50 miles north of Tampa, decided not to introduce fluoride into the county water supply.

This decision spells a significant victory, as more and more research comes to light on the many dangers of fluoride, especially long-term fluoride ingestion.

During the two-hour debate before the decision was made, most of the speakers were adamantly against fluoridating the water. The main argument of the speakers that were pro-fluoride was that having it in the water would benefit the dental health of impoverished residents who could not access dental care.

This argument, however, was negated by another speaker, Jim Intzen, who pointed out the county’s dental program for low-income individuals, and also pointed to studies that have shown no difference in the dental health of those living in fluoridated communities versus those living in communities where there was no fluoride in the water.

Indeed, as we reported in a previous article, research performed in the 1980’s, which examined 39,000 children across the US, showed no significant difference between the tooth decay rates of those who drank fluoridiated water versus those who did not. Also, as Intzen pointed out, consuming fluoridated water can actually lead to a condition known as fluorosis, the discoloration of tooth enamel, one of the very conditions that fluoridation aims to decrease.

Other speakers against the use of fluoride in the water stated that it was “unconstitutional to force fluoridation on citizens,” pointing to the notion that doing so was akin to forcing people to take medication without their consent. Many of these speakers, including Intzen, cited the many health concerns that research has linked to the use of fluoride.

FAN classifies fluoride as a “highly toxic compound, a major industrial air pollutant,” and “a key ingredient in some pesticides and fumigants.” The organization also states that fluoride can accumulate in the body over time, especially in the pineal gland of the brain. 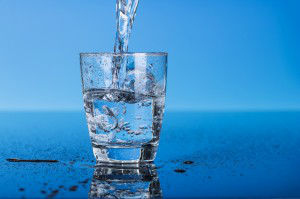 While fluoride is illegal in most of Europe, it is mandatorily added to the public water supply of about 70 percent of the United States. Kudos to Hernando County for rejecting this mandatory water poisoning, and here’s hoping that other communities follow suit.