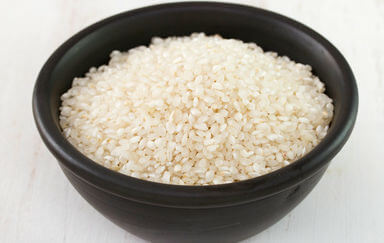 Arsenic is a naturally occurring substance found in the environment, sometimes in higher levels as a result of human activity. It is in the water, the air, soil and foods. In food, it may be present as inorganic arsenic, which is the most toxic form, or organic arsenic (which is considered harmless). Inorganic arsenic, which is the type found in some pesticides and insecticides, can be toxic and pose a cancer risk if consumed in high levels or over a long period of time.

Consumer groups have been pressuring the Food and Drug Administration to set a standard for the amount of arsenic that can be present in rice products; earlier this month, the FDA revealed the results of its findings. They tested over 1,300 samples of rice and rice products, the largest study to date that looked at the carcinogen’s presence in the grain.

The results showed that brown rice had 160 parts per billion inorganic arsenic per serving; infant rice cereal 120; and rice wine 11. The FDA states that these amounts are so small that rice is safe to eat. They are still studying the long-term effects of consuming rice, but it is their belief that there should be no concern over immediate or short-term adverse health effects.

The Environmental Protection Agency sets the arsenic limit for drinking water at 10 parts per billion to compare; however, it’s important to consider that Americans generally drink a lot more water than they eat rice.

Last year, advocacy group Consumer Reports found levels of arsenic in rice above what some consider safe. They have been pushing for the FDA to create standards. The group uses New Jersey’s drinking water standard which is a maximum of 5 micrograms in a liter of water.

The government, as well as the public health community, has been encouraging consumers for quite some time to vary their diets in order to minimize potential risk. Pediatricians no longer recommend rice cereal as baby’s first solid food.

A spokesperson for the USA Rice Federation notes that the FDA “has provided American consumers with renewed assurances that there is no need to change a well-balanced diet that includes rice,” and that “there are no reported instances of illness nor are there any scientific studies that directly connect inorganic arsenic in food in general, nor rice specifically, to adverse human health effects.”

But, just last week a study published in the Journal of the American Medical Association found that individuals who consumed large quantities of arsenic-tinged rice, in the absence of other known arsenic exposure, showed significant cellular changes linked to cancer development.

Unfortunately, the jury is out in regard to how to avoid all rice contaminated with the more toxic inorganic arsenic derived from synthetic agricultural chemistry. Of course you can try to avoid eating all rice and products made with rice.

If you do consume it, you might want to stick to eating only organic rice on a limited basis that was cultivated in California, rather than the traditional cotton-growing states like Mississippi, Florida and Louisiana.

Note: Texas also has elevated levels of arsenic in their rice.

A 2007 study of arsenic contamination in rice crops found that rice produced in the central and southern U.S. contained arsenic levels that were almost twice as high as California rice.

As we always state, it’s essential to be your own best advocate when it comes to your health, and do your research to determine what’s right for you and your family.