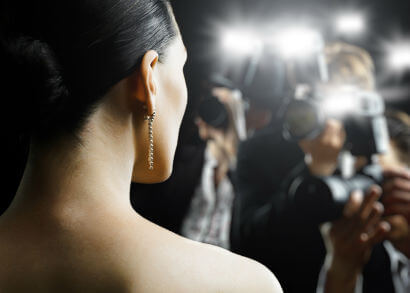 Celebrities have a huge influence on body image. America’s obsession with Hollywood continues to grow, along with our dissatisfaction with our own (perceived or real) imperfections.

Women worry about having too small or too large breasts as well as a thicker waistline, while men may be concerned about having washboard abs.

What we should be concerned about is our health – a healthy body is likely to look better as well as provide us with the strength and energy needed to enjoy and participate fully in life.

Of course, this is nothing new; it’s been going on since the days of the Golden Era when Hollywood stars began to be seen as the fantasy ideal.

In more recent years, celebrities have begun to have an influence on what we eat, including nutrition and dieting. Some even claim to be health experts.

A number of celebs have even written books on the subject, offering tips for dieting and healthy living. Gwyneth Paltrow’s new cookbook has caused quite a stir with some nutritionists, who disagree with the actress’ assessment of a healthy diet.

What is healthy and what’s not is often debated among nutrition experts, so whether Paltrow is right or wrong is not the issue. In fact, we believe much of what she’s saying makes sense, especially when it comes to eating whole, organic foods from the earth and avoiding processed foods including pasta, bread and grains.

There have been many influential celebrities that have touted rather dangerous diets. In 2011, Lady Gaga’s “Drunk Diet” was circulating around the internet after she’d attributed her desirable figure to lots of whiskey and exercise.

While she probably wasn’t advocating her unhealthy diet, she was said to have influenced at least some fans.

Beyonce Knowles turned to the Master Cleanse Diet, also known as the Lemonade Diet, which is a liquid diet made up of water, lemon juice, maple syrup and cayenne pepper. It was first promoted in a 1970s diet book which involved drinking the lemonade mix six to 12 times per day.

While this cleanse will likely help anyone lose weight initially, it’s not without sacrificing your health and sanity. As soon as the dieter returns to their normal diet, the weight is regained, and then some. The result is a slower metabolism that makes it even harder to lose those pounds the next time. 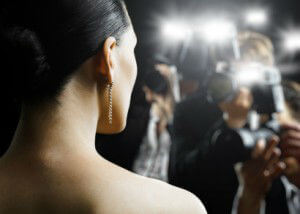 Actresses Reese Witherspoon and Jennifer Aniston are said to be fans of the Baby Food Diet, which calls for substituting one or two meals each day for tiny, baby-size purees. Unfortunately, these meals are meant for infants and not adults. They won’t meet the body’s nutritional needs and could also lead to a slower metabolism in addition to severe hunger pangs and fatigue.

Then there’s the Cabbage Soup Diet, which Hollywood stars Jaime Pressly and Sarah Michelle Gellar were said to have followed. On this extreme diet, you’ll eat cabbage soup, fruit and veggies, milk, yogurt, tea and coffee for seven consecutive days. It skips essential healthy fats and protein, with side effects that include sugar cravings, mood swings and low energy, among many others.

The bottom line is to be your own advocate by conducting research and taking everything you hear or read with a grain of salt (well, not literally). Don’t put your health and your life in danger – even if the advice comes from a celebrity you admire.