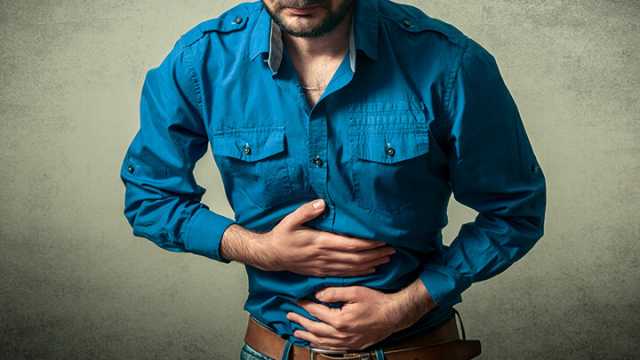 Stomach flu is the stuff of nightmares. Not horror-stricken nightmares, but messy, smelly, potentially painful nightmares… the ones which require a good cleanup afterward.

Referred to within medical circles as the norovirus, the stomach flu is highly contagious and wreaks havoc wherever it goes. And it’s a talented traveler, which means it can go just about anywhere it wants. The norovirus is responsible for an estimated 20 million illnesses in the United States every single year, and accounts for the majority of gastroenteritis outbreaks and hospitalizations throughout the country. Even more alarming, norovirus accounts for 86 percent of stomach virus-related deaths. In theory, it should be no joking matter.

The stomach flu can be contracted from a range of different sources, including those people who are already infected with the virus, contaminated surfaces (the most likely being the surfaces of toilets, taps and restrooms), contaminated food and contaminated water. Sorry to bring this nasty imagery to mind, but someone with the stomach flu who just went to the toilet and didn’t wash the fecal matter off their hands can spread it far and wide. Just another reason to not be “that guy” who didn’t wash his hands after doing a “number two” in the public restroom (you know who you are!).

If you haven’t had the misfortune of getting hit with a strong bout of stomach flu in the past, here’s some of the symptoms:

In a nutshell, life will cease to be enjoyable for up to 10 days. By this point, you’ve probably decided that it’s probably something worth avoiding. To that end, we’ve put together three key steps you can take to safeguard yourself and your family from this atrocious virus. Read on and rest easy.

1. Stick to soap, not hand sanitizer 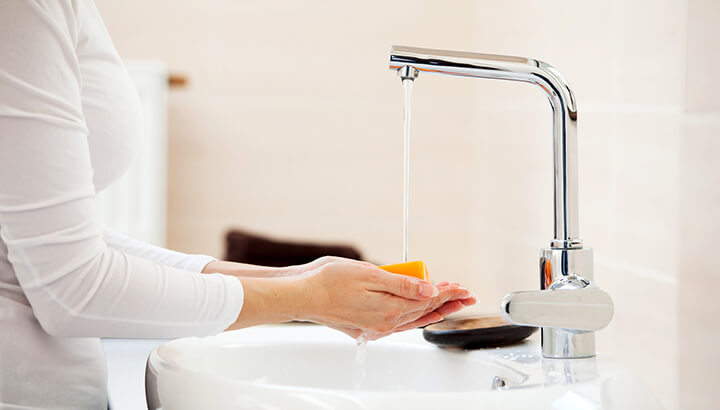 Aside from the fact that hand sanitizers are horribly detrimental to both your skin and body (more on that here), research shows that alcohol-based hand sanitizers are no good against the spread of norovirus. In a study published by the American Society for Microbiology, researchers found that the greatest reduction in genomic copies of norovirus occurred in subjects using liquid soap and water to decontaminate their hands. Alcohol-based hand sanitizers, on the other hand (pun not intended), were “relatively ineffective.”

Another study examined the role of hospital surfaces in the transmission of stomach flu. It was determined that norovirus and other healthcare-associated pathogens are “relatively resistant to the most common surface disinfectants and waterless alcohol-based antiseptics.” The study concluded that industry guidelines for hand hygiene were the best line of defense. In other words, good old soap and water is the way to go.

Finally, an analysis of norovirus outbreaks in long-term care facilities in New England came to a similar conclusion. The study found that “preferential use of ABHS [alcohol-based hand sanitizers] over soap and water for routine hand hygiene might be associated with increased risk of norovirus outbreaks.”

Thus the verdict is in: if you’re worried about the stomach flu floating about, give your hands a good scrub with warm water and soap. Do so before meals or after coming into contact with others. And in order to avoid the toxins in conventional soaps, why not make your own?

2. Increase your intake of alkalizing foods 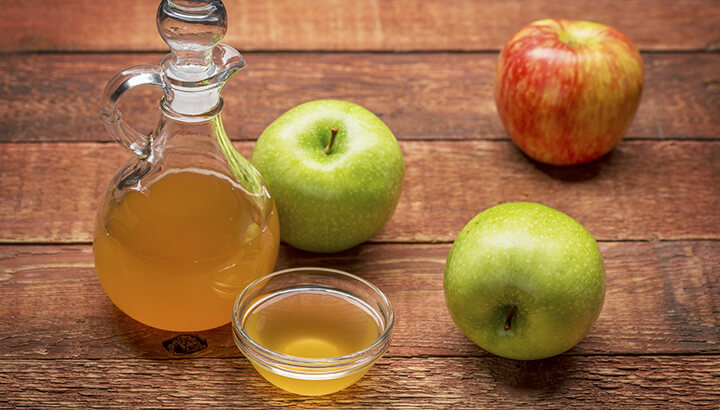 The alternative health community is slowly but surely coming around to the fact that our bodies function best while in an alkaline state. When we eat foods which are alkalizing, the oxygen intake in our body’s cells is increased significantly. This means our system is in a much better position to defend from outside attacks… in this case, from a viral infection.

Acidic foods, on the other hand, deprive our cells of oxygen. Thus when we eat too many acidic foods, we’re more likely to be at the mercy of disease or illness.

The humble lemon is one of the most popular alkalizing foods today. Lemons have developed something of cult following on account of their wide-ranging health benefits. They boost immunity, cleanse the liver, fight infection and supercharge energy levels. And while it might seem that eating something like a lemon, which is high in naturally occurring acids, is counterintuitive to the whole alkalizing thing, I can assure you that lemons are indeed an alkalizing food.

Perhaps an even more potent weapon in bolstering your defenses against stomach flu invasion is apple cider vinegar. Apple cider vinegar, provided it is raw and organic, has many of the health benefits of lemons. It also has the additional bonus of being a probiotic. Because raw apple cider vinegar still contains all the beneficial bacterial cultures used to ferment it, every time you drink it you’re essentially colonizing your gut with more of the good guys. These good bacteria support healthy digestion and immune function. They’re also the sworn enemy of things like the norovirus. This makes apple cider vinegar one powerful ally when it comes to warding off the stomach flu.

Try adding one to two teaspoons of raw organic apple cider vinegar to a glass of water at least once a day. If you’re more into lemons, add half or a whole fresh lemon to a warm glass of water first thing in the morning, before breakfast. 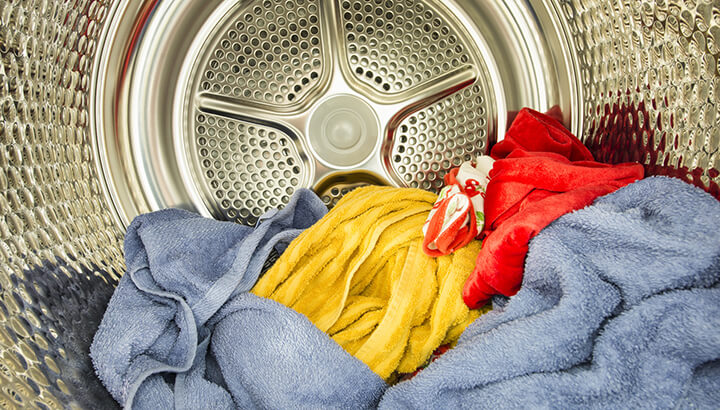 Above all else, the most effective thing you can do to protect you and your family from the stomach flu is to be proactive. This sounds annoyingly vague, but bear with me — all will become clear.

Think about stomach flu as food coloring. When somebody with norovirus goes to the toilet or throws up, the contaminated fecal matter or body fluids can quickly get onto a variety of surfaces. Now there’s food coloring around your toilet, on the tap and faucet, on the bathroom door handle and so on. What about the clothes they’ve worn? Apparently there’s about a tenth of a gram of poo particles on the average pair of underpants (gross, but their words, not mine!). Now you’ve got a food coloring stain on that pair of undies in the wash. These will then stain other clothing when you put the washing machine on. You get the idea.

Stomach flu is easily spreadable. Thinking about the pathways by which it can proliferate is key to avoid getting it in the first place. Here’s a few tips to get your mind into the antivirus zone:

Be vigilant, and you’re chances of avoiding the stomach flu will skyrocket!

Several essential oils, including tea tree, are very effective when it comes to cracking down on viral infection. Find out more about the powerful effects of tea tree essential oil in this post.