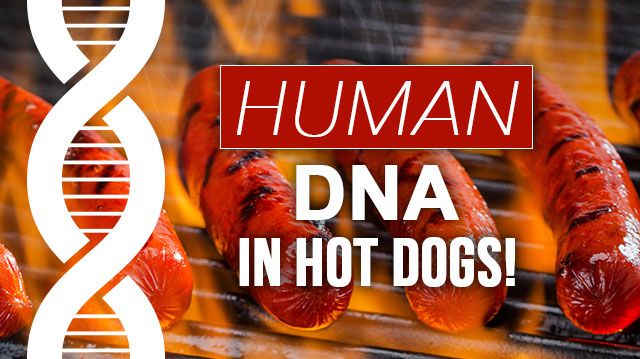 Hot dogs are as American as apple pie, pizza or hamburgers. However, you may be gobbling up human DNA the next time you take a bite out of that freshly grilled frankfurter. A recent report by food watchdog company, Clear Food, uncovered some frightening facts about the all-American hot dog.

Clear Food analyzes food items ingredient by ingredient to give consumers a clear picture of what they are actually eating. Their slogan, “See your food in a whole new light” is somewhat of an understatement after what they discovered in hot dogs.

They recently posted “The Hot Dog Report,” an analysis of the nation’s hot dogs, which included 345 hot dogs sold at 10 retailers, covering 75 different brands. According to the report, 14.4 percent of the hot dogs in question had health safety issues, and “problems included substitutions and hygienic issues.”

Riley did however comment in a news report, “It’s entirely possible that the human DNA found could be linked back to the company’s [Clear Food’s] own staff.” The Hot Dog Report also found that 10 percent of all vegetarian products contained meat and 67 percent of hygienic issues were associated with vegetarian products. 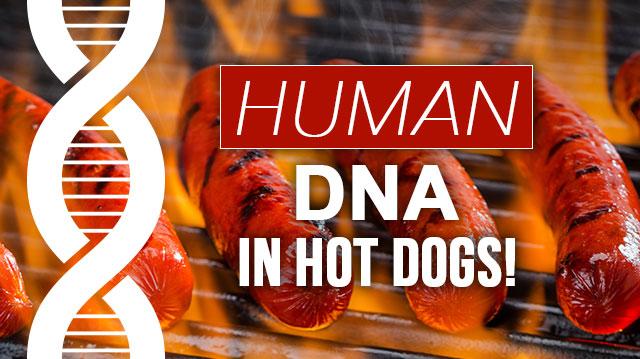 Should you be eating hot dogs and sausages these days? It depends on where you get your sausages — but you definitely ought to rethink eating that hot dog. No one really knows what a hot dog is made of. I mean, we know only what the package tells us, but clearly the ingredients don’t always match up. According to these latest findings, human DNA and other mysteries are quite likely to be lurking in your hot dog.

However, it’s important not to tar all sausages with the same brush. The sausages found at your local farmers’ market are usually produced with love and care. Sourcing meat products from your local community is optimal. Knowing where your food comes from — and what’s inside it — will give you the peace of mind to truly enjoy what you’re eating.

Will you be eating hot dogs anytime soon?