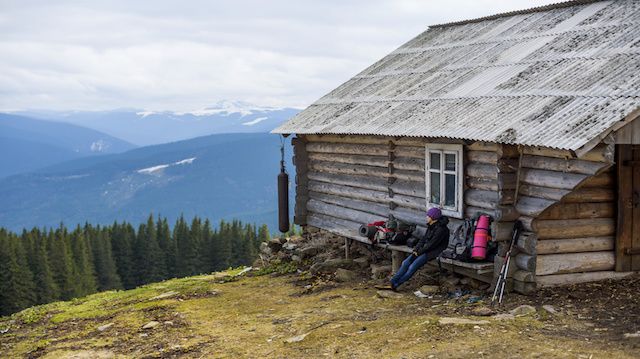 A perfect storm of rugged individualism, consumerism backlash and environmental concern has led Americans to explore drastic lifestyle changes. Some trailblazers are even choosing to live off the grid, but is this new trend legal? A handful of enthusiasts are coming head-to-head with zoning and housing code regulators who say no.

Robin Speronis became the poster child for off-the-grid living when her makeshift home ran afoul of local courts in Cape Coral, Florida. The city claimed that the house did not meet code.

Speronis’ strategies for unplugging included an indoor propane lantern and stove deemed a fire hazard by the city. “If she ends up blowing herself up or catching fire in that house,” the compliance manager reasoned, “then it’s not, ‘why are you picking on this woman?’ It’s ‘why didn’t you do something about it?’” Though expensive, the city insisted that alternative methods of going off the grid would comply. “There are an awful lot of alternatives out there that meet code. The problem is that she is not using those methods.”

There was no room for adjustment, however, with Speronis’ water supply. The law requires connection to city water. “Reasonableness and code requirements don’t always go hand-in-hand,” the special magistrate assigned to her case admitted. This type of regulation effectively makes off-grid living illegal.

Speronis is not alone. Several off-the-grid pioneers and even tiny home dwellers have come up against zoning and building code regulations.

The city of Huntsville, Alabama, deemed Terry Truitt’s off-the-grid home a trailer and demanded he connect to city utilities or leave. Rolf and Mari von Walthausen were evicted from their tiny, off-the-grid home in Centerville Township, Michigan. In addition to being in violation of utility codes, their house was deemed too small to be a classified as a habitable dwelling.

L.A. County, California, has dispatched armed “Nuisance Abatement Teams” to raid the desert in search of code and zoning violations. Jacques Dupuis was forced to leave his home because the water tank, which was code conforming when built, no longer met regulation. He and his wife had to spend their retirement savings to relocate. They are just one of many such cases in the county.

Even in rural Costilla County, Colorado — long seen as a haven for the off-grid experiment — local officials are cracking down. Residents report a steep increase in crime, illegal dumps and abandoned lots. They also accuse some newcomers of misusing scarce water resources. As a result, land use administrators are using previously unexploited discretionary power to deny camping and building permits.

As the old saying goes: Your right to swing your arms ends just where the other man’s nose begins. Unfortunately, identifying and avoiding a person’s nose is much simpler than analyzing the potential impact of off-the-grid living.

Take electricity, for instance. On the most basic level, electric wiring and connections that aren’t up to code may be a fire hazard. This is also the case with makeshift alternatives such as Speronis’ propane lamp. A house fire can easily spread to neighboring structures in urban areas, causing property damage and loss of life. 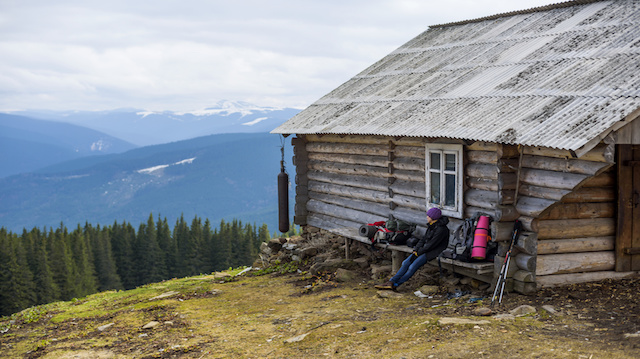 Alongside more complex systems arise more complex problems. Power companies operate on a grid system. As customers choose to go off grid, the cost of a large infrastructure is divided among fewer users. This has led utility companies to lobby for monthly surcharges on solar households. While some see the grid as a public good that we should all support, others view the power companies as monopolies intent on squashing competition and innovation.

The American individualist philosophy of live and let live would err on the side of personal freedom. In this view, the onus of proving that off-the-grid living is a danger or documented nuisance should be on regulators. Without hard evidence of damage to neighbors or the city, property owners should be able to do as they like. Many would even argue that if unsafe conditions impact only the homeowner, the government has no business interfering.

The public health view allows for a wider interpretation of legitimate, precautionary regulation. Proponents argue that we’ve spent many years and more resources developing and building sound infrastructure to protect and provide for every citizen. People should not be allowed to turn to alternative sources that may or may not be sanitary or safe.

What do you think: Should off-the-grid living be legal, illegal or somewhere in between?