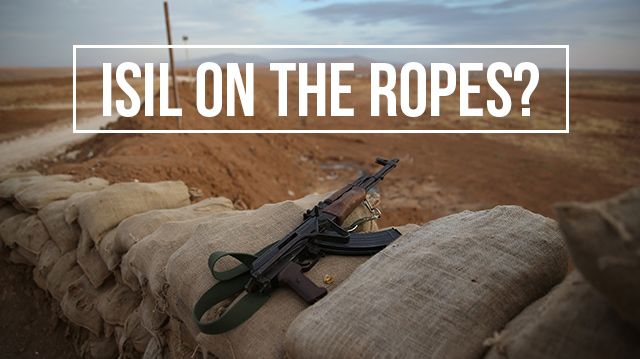 The carnage caused by the group known as the Islamic State has garnered headlines and stirred outrage in most of the civilized world. The recent attacks in Paris and Brussels have highlighted the West’s vulnerability, and challenged policymakers to devise an effective response.

A central task has emerged: how to defuse the threat that the terror organization represents, without feeding the conditions that nourish extremism in the first place? It’s a delicate and precarious balance, no doubt, but there is evidence that the international campaign against ISIL is making progress in dismantling its leadership, degrading its ranks, and discrediting its appeal.

Terrorism poses a profound conundrum for open societies. From a military standpoint, extremists cannot hope to defeat their targets conventionally. Instead, their strategy is to create a climate of fear and provoke an overreaction whereby democratic cultures compromise their values in the pursuit of security. In short, the fanatic hopes to engender a backlash against a minority group, which they can then use as a recruitment tool. In the case of ISIL, many experts contend that the organization hopes to lure the West into an apocalyptic battle in the Middle East, which would lend credence to its propaganda that they are defending the Muslim faith against an international conspiracy.

Post-Iraq, most policymakers are understandably reluctant to contemplate extensive ground operations, which would deeply entangle the West in the Middle East. Defeating ISIL on the battlefield would be the easy part, experts say. The hard part would be attempting to govern territory now held by ISIL in the wake of the group’s destruction. Consequently, the United States and Europe have adopted a more calibrated and subtle approach that involves degrading ISIL”s leadership through pinprick strikes, pursuing a political settlement to the civil war in Syria, encouraging ethnic reconciliation in Iraq, and slowly rolling back territory held by the group by supporting proxy forces.

Counterterrorism officials insist progress is being made in all these respects, but ISIL is taking a beating on other fronts too. The Obama administration’s policies emphasizing renewable energy have helped reduce America’s reliance on Middle Eastern oil, which has helped drive down the price of crude. As a result, the income stream the group once derived from oil theft is no longer as lucrative as it once was. In fact, as traditional sources of revenue are squeezed, the group has been forced to take ad hoc measures – such as imposing a jihadist “tax” on parking violations – to raise funds.

According to Special Presidential Envoy, Brett McGurk, “The trend lines which were all going the wrong way are now going the right way.” In his estimation, ISIL is facing territorial losses, financial isolation, and it’s harder for the group’s fighters to get in and out of the “caliphate” as borders in Syria and Iraq have been more effectively sealed.

Following the attacks in Paris and Brussels, President Obama was criticized by many for a seemingly aloof and detached response. Leading Republicans, particularly those running for president, pointed to the tragic events as proof that the administration had underestimated the threat posed by ISIL. However, numerous officials now insist that the administration’s efforts have significantly weakened ISIL to the point where the organization’s decimation will ultimately be a part of the president’s legacy.

Paradoxically, as ISIL becomes weaker in its current territory, it will be more inclined to strike to targets in Europe and elsewhere as a means of galvanizing support. Also, if it loses ground in Syria and Iraq, there is always the possibility that it will try to expand its reach in ungovernable parts of North Africa. In short, the problem of religious extremism will not be vanquished once and for all anytime soon. It is a complex problem, and it is not susceptible to quick fixes or military-only solutions.

On the contrary, several risk factors that attend terrorism need to be addressed by the international community. Reducing the number of failed states is essential. As Sajad Sayad, an analyst at the Al-Banyan Centre for Studies and Planning in Baghdad notes, “Groups like ISIL thrive on chaos where government services have broken down.” Therefore, promoting political reconciliation in Iraq and Syria is critical to reducing the appeal of extremism.

Also, expanding the rights and opportunities for women in the Islamic world is critical too. After all, when women have access to education, then they are more apt to encourage their sons and daughters to pursue meaningful work and careers, which helps steer them clear of the madrasas and other hotbeds of radicalization.

In the meantime, there is mounting evidence that many of the fighters that once flocked to the Islamic State are returning home disillusioned by their experience. The harsh reality of economic and civic life they faced contrasted sharply with their idealized expectations. Neither time nor history is on the side of the Islamic State, a movement that glorifies a return to a medieval and nomadic lifestyle.

While there is abundant evidence that ISIL’s extremist’s ideology is bankrupt and leads nowhere, most experts still caution that we are facing a long struggle against terrorism. The terrorists have embraced violence as a panacea for life’s ills and injustices. The civilized world must defend itself against acts of barbarism, but recognize that military measures – though they have their place – are a blunt instrument that must be complemented with policies that do more than just create additional orphans.