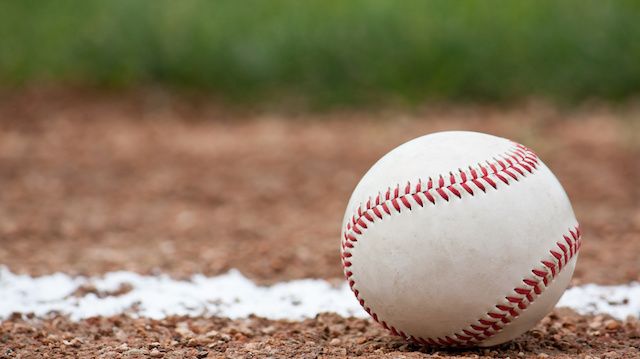 Ah, baseball, the all American game. Although most people have an appreciation for the sport, others really, really dig it! Here are some cool baseball facts that even the most die-hard fan may not know!

Abner Doubleday did not invent the game

Ask most people who Abner Doubleday was, and the reply is, “He invented baseball.” That’s not the case. He did live in Cooperstown, New York, in his youth and later became a Civil War general, but the idea that he invented baseball is a myth. It’s possible the story took root because he provided bats and balls for soldiers to play the game for morale purposes.

In World War II, grenades were designed to have the same weight and size as a baseball, as most GIs would have the familiarity to throw them correctly.

Born without a right-hand, pitcher Jim Abbott nevertheless had a distinguished baseball career. In 1993, he threw a no-hitter for the New York Yankees in a game against the Cleveland Indians.

What are the odds of some baseball’s legends achieving virtually identical statistics?

Babe Ruth and Hank Aaron both scored the same number of career runs: 2,174.

Aaron, Willie Mays and Mickey Mantle were the great outfielders of their time. Their career slugging percentages were .555, .558 and .557, respectively.

The longest major league game by innings occurred back in 1920, when the Boston Braves played the Brooklyn Dodgers. It lasted 26 innings and ended in a 1-1 draw, as the baseball field was not lit and darkness was approaching.

The Pittsburgh Pirate’s Dock Ellis claimed he threw a no-hitter against the San Diego Padres on June 12, 1970, while under the influence of LSD.

Before he became a bank robber, John Dillinger was a professional second baseman in the minor leagues.

The late former governor of New York signed on as outfielder with the Pittsburgh Pirates in 1952. A concussion received from a ball put an end to his baseball career.

Want to improve your grip? Try urinating on your hands to toughen them. That’s the secret for many major league players.

Baseball fanatic Charlie Sheen once bought 2,615 tickets to a Los Angeles Angels game to improve his chances of catching a ball. In his youth, Sheen was offered a full baseball scholarship to the University of Kansas but declined it to pursue acting.

The only perfect game in World Series history was pitched by Don Larsen on October 8, 1956.

Castro was a star baseball player when he attended the University of Havana.

Babe Ruth kept cool during games by wearing a wet cabbage leaf under his cap. He “turned over a new leaf” every two innings.

Deion “Neon” Sanders is the only person to play in the World Series and the Super Bowl. He is also the only individual to score a touchdown in the NFL and hit an MLB home run in the same week.

MLB umpires are required to wear black underwear in case their pants split.

Don Baylor played in three World Series, but for three different teams. He played for the Boston Red Sox in 1986, the Minnesota Twins in 1987 and the Oakland Athletics in 1988.

Redford attended the University of Colorado on a baseball scholarship. Redford later made the classic baseball film The Natural.

The Minnesota Twins’ Jon Rauch, at 6’ 11,”  is major league baseball’s tallest ever player.

Man on the moon

Cal Hubbard is the only person credited with umpiring in two major sports: baseball and football.

How many of these facts did you actually know? Do you have any to share with us!