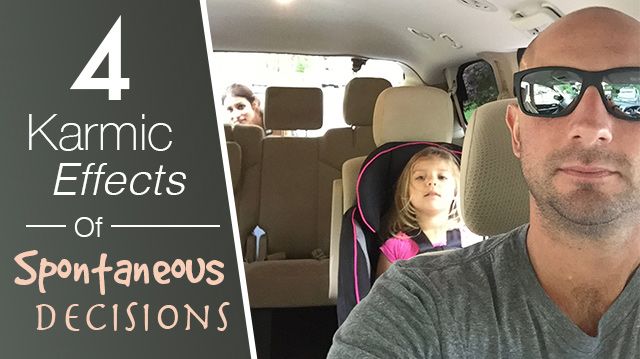 My phone literally blew up with texts from a bunch of my friends. They all said the same thing: “Did you hear O.A.R. is playing at Sunfest? We’re going, right?”

I have often mentioned my healthy obsession with the gifted roots/rock/reggae band from Rockville, MD. I’ll save the “9 Reasons Why I Love O.A.R.” for a later post, but let me just say that there are very few bands out there like O.A.R. They have achieved success from a truly grassroots movement; they can touch each of your emotions in a single song; they have an extreme openness with their fans, and they rock the hell out of a venue.

This was going to be the climax of a weekend that was free of family responsibilities. Let me back up a bit…

A month ago, my wife Gena planned a trip to Virginia to celebrate her brother’s 40th birthday. There was a lot going on with our new office and things were just too busy to leave, so my wife offered me the perfect out. A perfectly quiet weekend, where I could engage in activities without having any type of parental or marital responsibilities or obligations.

A dream for anyone who is married or has kids.

I was hesitant to make any plans with friends. The idea of having a completely empty weekend, where I could come and go as I pleased, was way too sexy and intoxicating to me. I wanted to be free to go diving and surfing if the opportunity came.

The anticipation of this weekend was so unbelievably exciting and peaceful at the same time. The taste of pure, unadulterated freedom for five whole days. I was giddy with excitement.

That’s when the text messages came in.

No adult responsibilities for five days AND my favorite band of all time was headlining a show locally, just 15 minutes away.

How could the stars have aligned and treated me so? What did I do right in another life?

I was trying to pack their bags for them!

As the week wore on, a few plans began lining up. My wife, in parallel, was making plans for her trip to Virginia with our daughter Noa — where they were going to stay, what family they would see, etc.

My daughter is almost four and still needs to sit in a car seat. Gena bought an additional car seat to travel with, so when she rented a car, she could easily install one she was familiar with.

The night before they were set to leave me the freest man in the world (I had to look that word up to see if it existed, because freedom is something that dads and husbands don’t typically understand the concept of), Gena wanted me to show her how to install and remove the car seat. She has never had a reason to do this previously because I’m always there to install it.

I began to show her how the clips snap into each side of the seat, and how there is a third strap that goes to the back of the seat.

I’d say that was the exact moment when my plans for the weekend started to change.

Now my wife is an extremely smart person — light-years ahead of me. However, seeing her trying to install the car seat was like watching her trying to fight an elephant. Nothing was moving or budging. Anytime she tried to clip or unclip or adjust, she could not make any progress on that damn seat.

I stepped in for a bit.

While unclipping one of the locks, I managed to pinch her fingernail. My wife has never intentionally hit me in the face, but the look she gave me said this might be a possibility.

So with a success rate of about 35 percent, I gave her what I thought was the best advice. Carry a 20-dollar bill and ask someone at the airport to help you.

Later that evening, after dinner and her nightly bath, my daughter was singing around the house. Gena had taught her “I’m Leaving on a Jet Plane.” It was completely adorable until she got to the part where she sang, “Don’t know if I’ll be back again…”

This is where the fatherly guilt started to really take shape.

I woke up the next morning, made my coffee, went through a few emails, and then set off to the beach for my four-mile run.

As I was listening to a podcast, I had the thought that I should spontaneously book a trip to go with them.

I immediately analyzed this thought. Am I caving in to guilt? Will this come back to bite me in the ass? Who will watch our dogs? Do I really want to submit myself to five days on the road?

During my run, I went through the ins and outs of the decision. There was no perfect decision. Whichever way I decided to roll, there would be consequences.

It’s karma in its truest form.

There is a cause and effect for everything we do in life. Going on this trip with my family wouldn’t bring me complete salvation, nor would it be without downsides.

By staying back and enjoying the most free time I have had in four years would also come with a bit of baggage.

After reviewing all of the data in front of me (while still running), I asked myself what would make me the happiest inside. What felt good to the soul?

I love O.A.R. This was an awesome opportunity to see them live right down the street, to possibly get the chance to meet them, and even to have them on a podcast. I could go diving — the ocean was going to be absolutely beautiful and clear.

If I went to Virginia, I could see family I haven’t seen in a few months. I could visit with my sister and niece. I could see uncles, aunts, in-laws and spend quality time with the people I love. All while doing it with my two partners in crime.

It was mile four on my run. I still wasn’t completely sure of my decision, so I turned on O.A.R.’s “That Was a Crazy Game of Poker” from their Anytime Now live album.

It was go-time on my run and I was going to crush it. My pace was flying — about 6:30 minute/mile. I was on pace for a personal record.

As I was cruising with about half a mile left, I noticed a ton of trash by the beach access along the road. Living by the beach, this is a constant battle. So many people don’t respect the beauty we have, and a lot of great residents find themselves picking up after people.

I decided to slow down my pace and pick up the trash and throw it away, knowing full well this would kill my chances of achieving a personal record.

As I placed the trash in the bin, there was a man running by with his dog. I saw him look at me doing this, then he noticed trash near him, and he decided to pick that trash up and throw it away.

Now, I don’t know for sure if I inspired him to pick it up, or if he already planned on it, but it felt good to get our beautiful beach cleaned up.

Then I looked up at the rest of the road in front of me, O.A.R. still banging in my headphones.

At that moment I realized I had already made my decision. There was a lot going on with work, I already had a bunch of meetings lined up. My weekend was shaping up to be what I thought it would be — one of the most fun weekends I’d had in a while.

But there were some things that needed attention in my personal life. Chances are I’d inspired someone to help clean up the beach by paying attention to what was right in front of me. I might not have achieved the personal record I was on pace for, but as they say, life is a marathon and not a sprint.

It was time to get on that jet plane with Gena and Noa and enjoy a spontaneous trip to Virginia.

Now, I crushed the rest of my run, and although I didn’t get my personal record, I still made a really great time.

As I write this on my last day of our five-day adventure, I can tell you that I am happy with my decision. Spontaneous trips are great, but you can actually make them super successful by managing expectations and the karma of your decisions.

On this trip I was able to rebuild a bridge with my college soccer coach on the campus that I haven’t returned to since I graduated 11 years ago. I visited with the professor who had my back when I was almost thrown out of college — his intervention kept me in school and helped turn my life around.

I saw my older sister the happiest I have seen her in a very long time. I hung out with my niece and her boyfriend, and we made some very funny snapchats together. I was also able to hang with my brother-in-law for his 40th birthday and celebrate my mother-in-law’s 70th birthday.

The area we visited is part of the Chesapeake watershed, so you know I ate some of the best crabs, oysters and shrimp.

On top of all of that, I had this spontaneous experience with Gena and Noa. Something we don’t often get when we are in our routine-filled life back home in Florida. Don’t get me wrong, routines are great, but we did a lot of last-minute decision-making on this trip, and it was fun seeing how we adapted to it.

Would I have had a blast diving and going to see my favorite band of all time? Absolutely.

Would I have felt bad for missing a trip with my two best buddies in life and creating some spontaneous memories? Absolutely.

Did I miss an awesome show by O.A.R. and a weekend full of freedom? Absolutely.

(There is a slight caveat though: my video producer Stephen did in fact get to meet the lead singer to quickly discuss a possible podcast.)

Did I have an awesome trip with my two copilots in life and get to have some really great experiences with people that mean the world to us? Absolutely.

And such is the karma of spontaneous decision-making.

Jake Carney is the founder and CEO of The Alternative Daily. Meditation & Flexible Lifestyle are his passions and he strives to teach this to everyone.  When he’s not writing and running operations at Alt Daily, he is probably enjoying some time on the beach with his wife and daughter. You can follow him on twitter here @JakeSurfs.