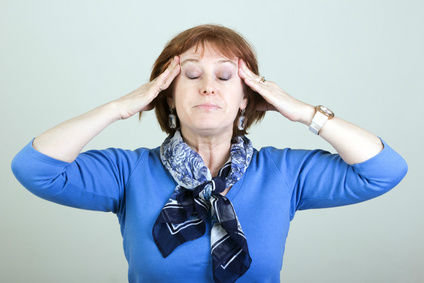 A large-scale German study recently made a connection between heart disease, one of America’s most prevalent – and in many cases most preventable chronic disease, and a higher risk of dementia in aging women.

The study was led by Dr. Bernhard Haring of the University of Wurzburg. Dr. Haring and his research team surveyed over 6,000 women between the ages of 65 and 79, and found that the women with a history of heart disease were more likely to develop cognitive impairment and memory loss than those without cardiovascular problems.

Commenting on this study and the connection between heart disease and brain function, Dr. Richard O’Brien, chairman of Neurology at Johns Hopkins Bayview Medical Center, says, “heart disease is more than just blocked arteries, it’s an inflammatory process as well and also affects the turnover of brain endothelial cells, cerebrospinal fluid (which washes away bad things in the brain) – lots of things.”

At the beginning of the study, about 900 of the women had heart disease, and none of them had any detectable memory or cognitive issues. Researchers gave each of them a brain functionality test when the study began, and then repeated this test once a year. After eight years, over 400 of the women showed signs of dementia or cognitive decline symptoms.

Those women who had experienced a heart attack were found to have the highest risk of cognitive and memory decline – twice the risk in fact. Other risk factors were peripheral vascular disease and bypass surgery. Interestingly, both heart failure and abnormal heart rhythm were not linked to dementia.

Women with diabetes and high blood pressure, however, were found to have a higher risk of dementia, even if they did not have heart disease.

According to Dr. O’Brien, it is crucial to understand the connection between heart disease and dementia because, “heart disease is reversible but Alzheimer’s disease is not.”

One major lesson that we can draw from this study is that if we do not pay attention to our heart health now, we may well be setting ourselves up for other serious health consequences in the future, one of these being dementia, which brings a great deal of sadness and struggle to the afflicted individuals, as well as to their loved ones.

In many cases, heart disease and diabetes are both preventable through diligently sticking to a healthy lifestyle. Choosing to eat fresh, whole, nutritious foods, staying away from processed foods, refined sugar and the fast food drive thru, and exercising at least three times per week can all contribute to lowering your risk of both diseases.

Stress reduction techniques such as meditation, yoga and exercise can also help keep your blood pressure in check. If you want to take extra steps for heart disease prevention, talk to a natural health professional about the lifestyle steps you can take to keep your heart as healthy as possible.

No one wants to experience dementia and cognitive decline. Anything we can do to prevent the onset of this condition is well worth the effort.