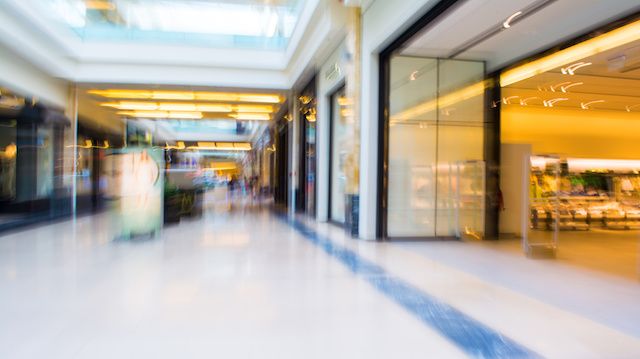 The shopping mall has been a notable presence in the American economy for decades. Iconic movies have featured its box stores, food courts and bored teenagers. Extravagant add-ons have turned shopping into a social and cultural event. Headlines prophesying the end of an era as malls go dormant are overly sensational, but our consumer landscape is certainly changing.

In the age of online shopping, shifting consumer preferences and an over-retailed marketplace, the mall’s supremacy is dwindling. Pity the Orange Julius.

At least that’s what research from Green Street Advisors suggests. According to the real estate research firm, mall store sales are forecast to grow by only 1.2 percent between now and 2019. Rents are headed the same direction, with projected growth of just 1.5 percent. These are both down from 2.6 and 2.5 percent growth forecast in last year’s assessment, respectively.

While online sales still only make up 7.2 percent of retail sales, the steep increase in these sales over the past few years cannot be ignored. Online sales have increased by 14.1 percent from last year alone. Equally important is which physical stores are most impacted by this swing in consumer spending — big mall “anchor” stores.

Anchor stores are the department stores and big-box establishments that drive traffic to a mall. Often the loss of an anchor store spells trouble for the entire ecosystem. This isn’t to say that big retailers are failing en masse. More often they are simply keeping with the times by changing sales tactics. Many are ramping up their online capacity while closing down poorly performing physical stores. The result is not the tragic death of shopping malls but a quiet culling of some of them.

On the flip side of our online-sales-zapping-malls story is our overeager creation of concrete consumer playgrounds in the first place. Retail space in the United States amounts to 52.4 square feet per capita. In contrast, Germany has only 16.4 square feet of retail space per capita. Americans may like to shop, but these numbers indicate more than a shopping obsession. They signify a retail space bubble that was bound to pop.

There is little need to worry about the widespread impact of losing a few malls. People are still shopping. They simply shop differently. Discount stores such as Dollar General, Ross, Forever 21 and Marshalls are doing very well. In fact, most outlet malls are booming. In an interesting addition, smatterings of online outfits are trying their luck on the physical market. Amazon, Nasty Girl and Birchbox all opened their first physical storefronts last year. 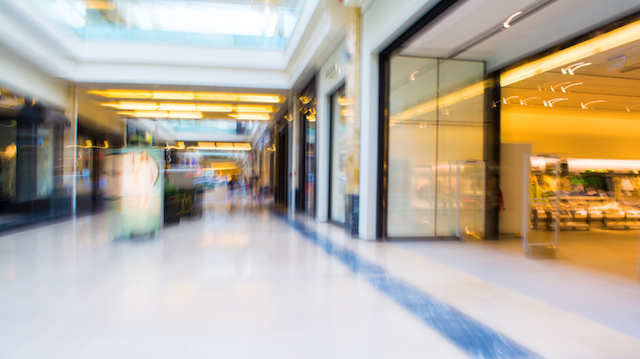 Some of our extra retail space is being repurposed into healthy alternatives to shopping. Organic food stores such as Sprouts Farmers Market and various health clubs are among the companies taking over this space.

In short, the death of our iconic malls is exaggerated. To the extent that it is happening, these changes are ostensibly a good thing. Increased consumer choice has led retailers to change their strategies in order to provide the services that people want. Nobody mourns the old phone company while tapping on their iPhone.

Moreover, any worries we may have about ghost malls are frivolous when compared to the overbuilding of retail spaces in China. The New South China Mall was opened in 2005. It is the biggest mall in the world. It features five million square feet of potential shopping space, an indoor amusement park and an Egyptian sphinx.

What it doesn’t feature is shoppers, or even many stores for that matter. Things could always be worse.

How often do you make it to a mall these days?