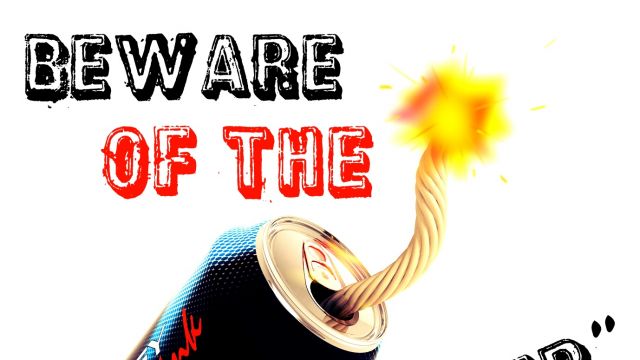 There are many things on the grocer’s shelves that scare us. Twinkies, for example scare us… loaded with things such a sorbic acid which is actually derived from natural gas and has been used as an explosive, along with 36 other truly bizarre ingredients.

We doubt that many people would actually know that this heavily marketed “All American” snack cake is infused with trans fat, high fructose corn syrup and dangerous food dyes that are banned in other countries. Not to mention the fact that there is nothing, absolutely nothing, that the body can use from a nutritional standpoint found within a Twinkie.

It’s not just Twinkies, it’s all processed, packaged and fast food that scares us really…. not only does it scare us but it is a terrible waste of money. Why throw your hard-earned cash at something that is not going to fuel your body – and most likely will bring harm to it? It just makes no sense to us at all. Especially when there is so much “real” food to be eaten and enjoyed.

It’s not only foodstuffs that threaten health but drinks also – soda, sugary juice concoctions and the ever popular energy in a can drinks. We are especially frightened when we see young kids lining up to purchase these energy potions.

Sure, they are alluring – energy in a can… what a novel idea. According to the Food and Drug Administration, energy drinks, non-regulated because they are sold as dietary supplements, have so far been poorly studied for long term effects and actually contain some very potent substances that are dangerous on their own, and of high concern when mixed together.

Just how bad are these drinks?

Between January 1, 2004 and March 10, 2014, the FDA was informed about 241 non-fatal events where consumers experienced high blood pressure, convulsions, heart attacks and other problems after consuming energy drinks. Of these cases, 115 resulted in hospitalization, 15 in disability and one in miscarriage.

A recent report published by the Substance Abuse and Mental Health Administration (SAMHSA) found that the number of emergency department visits involving energy drinks doubled from 10,068 visits in 2007 to 20,783 visits in 2011.

Data collected by the Center for Science in the Public Interest shows 34 deaths linked to energy drinks since 2004, and of these, 22 deaths were directly linked to 5-Hour Energy, 11 to Monster and one to Rockstar. Strangely, half of the deaths occurred in 2012.

A study conducted by the University of Miami reviewed existing literature on the drinks and found that 30-50 percent of adolescents and young adults consume energy drinks on a regular basis.

Energy drinks contain 21 to 34 grams of sugar per each 8-ounce serving, which comes in the form of sucrose, glucose or even high fructose corn syrup. The big problem arises when users down two or three energy drinks – meaning they actually consume 120 mg to 180 mg of sugar – this is 4-6 times the maximum daily recommended intake (which we believe is already too high).

In addition, high fructose corn syrup contains contaminants, such as mercury, that are not regulated by the FDA and are highly toxic.

Side effects from consumption include seizures, diabetes, mood and behavioral disorders and cardiac abnormalities. Of the 5,448 caffeine overdoses that were reported in 2007, 46 percent occurred in people under the age of 19. In response to this, sales and advertising has been severely limited in some countries and states.

Yesterday, the Mayo Clinic released a public statement which should be taken as a warning – especially for parents of young kids and teens that consume energy drinks.

Mayo Clinic researchers say that healthy young adults who are not used to regular caffeine consumption, experience a concerning rise in resting blood pressure when they consume energy drinks.

In their study, researchers gave a can of a popular energy drink or a placebo drink to young adults aged 19 to 40. Changes in heart rate and blood pressure were noted in each group 30 minutes after consumption of their drink. Results were also compared between participants who drank the equivalent of one cup of coffee per day and those that drank more than one cup of coffee per day. 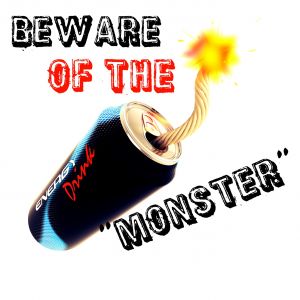 “We know that energy drink consumption is widespread and rising among young people. Concerns about the health safety of energy drinks have been raised. We and others have previously shown that energy drinks increase blood pressure,” says lead author Anna Svatikova, M.D., Ph.D., cardiovascular diseases fellow at the Mayo Clinic. “Now we are seeing that for those not used to caffeine, the concern may be even greater. Consumers should use caution when using energy drinks because they may increase the risk of cardiovascular problems, even among young people.”

The results of this research will be presented today at the American College of Cardiology’s 64th Annual Scientific Session in San Diego.

Parents, pay special attention to this if you know that your youngsters are consuming energy drinks or even thinking of consuming energy drinks. Sadly, these toxic cocktails can be lethal and we hope that this and other accumulating research will serve as a warning. Don’t let your kids have this stuff – EVER. And… stay clear of Twinkies and the like, as well!