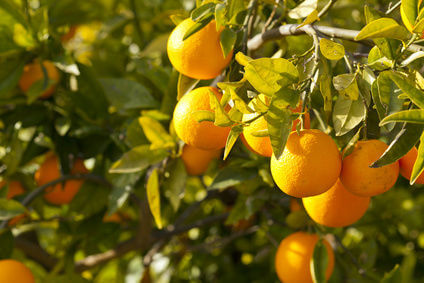 A story that was featured in a New Zealand/Australia television version of “60 Minutes” documented a man who was so close to death that doctors said there was no hope and the plug for his life support system was about to be pulled.

The New Zealand dairy farmer, Allan Smith, had contracted the Swine Flu while he was on vacation in Fiji which developed into severe pneumonia shortly after he returned home. Smith was left in a coma on life support, and after three weeks with his lungs completely filled with fluid, his physicians asked the family’s permission to shut off life support.

Smith’s brother-in-law asked the doctors to try high-dose IV vitamin C, but they resisted, saying it was useless. Despite the fact that the patient had nothing to lose, not one of the hospital’s physicians would agree to administer the treatment.

Finally, one doctor conceded; the plan was to give him the IV vitamin C and prove that it was useless, and then turn off life support. Smith was reportedly given 25 grams of IV vitamin C that evening and another 25 the following morning. Within 24 hours there were improvements in airflow within his lungs, with more dramatic improvements each day. Doctors continued to deny that it could be the vitamin, instead attributing his remarkable improvements to “turning the patient into a prone position.”

Unfortunately, despite Smith’s improvements, each time a new doctor came in he was refused the treatment and his condition would deteriorate. It took a lawyer to force the hospital to restart treatment. It was restarted; however, only a low dose was given so Smith’s family gave him 6 grams of oral vitamin C each day in a highly absorbable form known as Lypo-Spheric Vitamin C.

Smith had been in a coma for nine weeks, but after 13 days of the mega dose IV vitamin C administration, he was able to walk out of the hospital.

Mainstream medicine often dismisses this kind of incident as anecdotal, but extensive research papers and case studies of other successful vitamin C recovery cases are also continuing to be dismissed with medical professionals focusing instead on biased or poorly conducted studies by mainstream institutions.

There have been a number of doctors in the U.S. and Australia who have used this treatment to cure extreme cases of infectious disease in thousands of other instances. Even cancer patients have benefited from IV high-dose vitamin C. Proponents of the treatment note that there have been thousands of studies over the past 70 years published in medical literature that have shown the effectiveness and safety of vitamin C for treating viral illness.

So why do some doctors refuse to see the obvious? While the use of mega-dose vitamin C treatments is growing rapidly, it’s still considered quite controversial. Some believe big Pharma’s ties to physicians around the world may be preventing a very effective treatment.