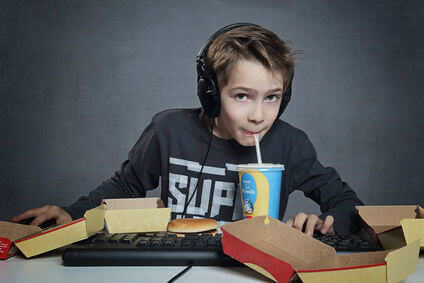 A new study supported by the Swiss National Science Foundation (SNSF) has discovered some troubling effects of caffeine on the developing brain. These results are especially disturbing considering the huge amount of soda consumed by America’s teenagers.

The study, led by Reto Huber of the University Children’s Hospital of Zurich, consisted of administering a dose of caffeine the equivalent of approximately 3 to 4 cups of coffee per day to adolescent rats over a period of 30 days. The researchers then measured the electrical currents of the rats’ brain waves to see how they were affected by the caffeine.

Results of the brain analysis showed a reduction in deep sleep patterns, and a delay in brain development of the rats given caffeine, as opposed to the control group.

Huber explains, “the brain of children is extremely plastic due to the many connections.” Part of the process of puberty is the reduction in the number of neural connections. “This optimisation presumably occurs during deep sleep. Key synapses extend, others are reduced; this makes the network more efficient and the brain more powerful.”

When the researchers measured the brain waves of the rats after the 30 days of caffeine, they found that the slow waves associated with deep sleep were reduced from day 31 until day 42. This shows that the caffeine had an effect on the rats’ sleep even after the caffeine intake was stopped.

When they compared the neural connections in these rats to those of the control group, the researchers found significantly more connections in the caffeinated rats; a sign that their brains were not optimising their neural pathways at the same rate.

The researchers also found that while the control group rats became more curious as they aged, the caffeinated rats did not; they continued to act timid and approached situations cautiously; a sign that they were not maturing on the same timeline as the others. All in all, the maturation of the rats’ brains seemed to be greatly compromised by the administration of caffeine.

The study’s authors point out that the caffeine intake of children and adolescents has risen by about 70 percent over the past 30 years. A study performed in 2011 by the Centers for Disease Control and Prevention (CDC) found that one in four high schoolers drink at least one soda every day.

Many children and teenagers do not stop at one soda per day. The Minnesota Dental Association estimates that 12 to 19 year old boys who drink soda consume about 81 gallons per year, and that girls of the same age group who drink soda consume about 61 gallons. While the caffeine content of sodas varies based on the brand and type of soda, a 12-ounce can of Mountain Dew contains 46 to 55 milligrams of caffeine, according to statistics compiled by the Mayo Clinic.

That same 12-ounce can of Mountain Dew also contains about 11 teaspoons of sugar. Combine that with the caffeine content, and you’ve got a fizzy serving of potential obesity, diabetes, cardiovascular issues and slowed development – among a host of other potential chronic illnesses – with the risks increasing with every can consumed. Another popular source of caffeine (and sugar) for teens is energy drinks – with one can of Monster energy drink sporting 80 milligrams of caffeine.

The dangers of drinking soda are well-established, and this new research regarding the effects of caffeine on the developing brain adds even more weight to the notion that these beverages have no place in the healthy diet of a child. It goes without saying that soda is not healthy for adults either, and it really has no place in a health-conscious home in general.

While parents can be vigilant in monitoring their child’s caffeine and sugar intake at home, when they are away at school or at friends’ houses, they may be often exposed to sodas, energy drinks and other sugar-laden, caffeinated beverages. Many schools even receive funding from soft drink companies to keep vending machines full of this poison lining the halls and lunchrooms.

For this reason, it is crucial to talk to your children about the specific dangers of soda, and about how caffeine may affect their brains, so that they have the knowledge to make informed decisions about their own health when they are away from home.