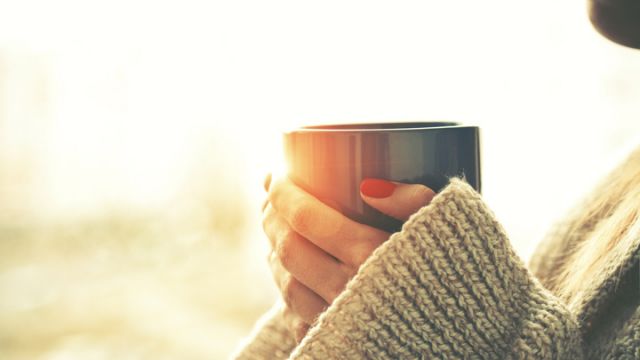 Every morning, without fail, my husband brings me a cup of coffee and places it on my nightstand. I love the way a warm cup of coffee tastes first thing in the morning; it gives me just the boost I need to get up and face the day. My day just seems to go better when it starts with a cup of coffee. I am not alone in my daily cup of Joe. Not surprisingly, over 80 percent of Americans enjoy coffee daily.

For years, coffee got a bad rap and was thought of as an addictive and harmful drug. In fact, coffee is a psychoactive drug, the definition of which is any substance that acts mostly on the central nervous system, alters brain function, results in temporary changes in perception, mood, consciousness, and behavior.

Good news for all of us coffee drinkers came when research started to reveal the therapeutic benefits of coffee, the shady image of the past began to fade away. All of a sudden, coffee’s image was that of a glowing superfood right up there with seaweed and flax. I was excited and impressed, to say the least.

This is not to say that all coffee is healthy – there are better coffees than others and maximum benefits are derived when you consume coffee as close to its natural (black) state as possible or turbocharge it with other healthy ingredients (I will get to that in a bit).

Here are five reasons why I feel much better about my morning coffee habit:

I like this one! Caffeine has a stimulating effect on the central nervous system, which raises metabolism and increases the oxidation of fatty acids. It also mobilizes fatty acids from fat tissues, and there is good evidence that it improves athletic performance.

Coffee may reduce your risk of Type 2 diabetes

Type ll diabetes is skyrocketing in America and now afflicts almost 1 in 8 people. Coffee appears to do a good job regulating blood sugar. Numerous studies demonstrate that coffee has been associated with a 23% to 67% lower risk of diabetes.

A review  of 18 studies involving almost 460,000 participants found that each additional cup of coffee per day lowered the risk of diabetes by 7%. Interestingly enough, the more coffee that study participants drank, the lower their risk. Researchers claim that people who drink several cups of coffee per day are less likely to develop diabetes

Now, this is one I can totally agree with. I always feel better after a cup of coffee, and I was never quite sure why until I dug a little deeper. According to research, drinking coffee can also boost your brain power and your mood.

Caffeine blocks the effects that the neurotransmitter adenosine has on the brain. By doing so, the caffeine increases brain activity and the release of neurotransmitters such as dopamine and norepinephrine. Controlled trials have examined the effects that caffeine has on the brain and have found that it improves mood, reaction time, memory and overall cognitive function.

Coffee has nutrients and antioxidants

Coffee beats fruits and vegetables as the best source of antioxidants in the American diet. Many people think that coffee is nothing but black water. Well, you can now tell them that they are wrong. Here are percentages of the recommended daily allowance (RDA) contained in one cup of coffee:

Drink a few cups, and you will have consumed quite a few essential vitamins and minerals for the day!

Coffee is such a powerful antioxidant that drinking five cups a day has been found to reduce the risk of Parkinson’s disease by 80%.

Other Benefits of Coffee

After reading all about the benefits of a cup of coffee, you may be inclined to go brew yourself a cup. However, don’t throw caution to the wind here — some unhealthy coffee habits should be avoided at all costs:

Adding non-dairy creamers: Non-dairy creamers may contain sodium caseinate, a chemically-altered and extruded form of casein, which in its final form is not even considered a dairy product by the FDA due to the sheer amount of chemicals used.

Powdered non-dairy coffee creamers frequently contain hydrogenated or partially hydrogenated oils, or, as they are more commonly known, trans fats. Some brands contain up to one gram per tablespoon. Hydrogenated oils are created by adding chemical agents, sometimes metals such as platinum and nickel, to pressurized and already-processed oils to further alter their molecular structure.

There is no safe level of trans fats; they have been strongly linked to heart disease and other illnesses in multiple studies. Health professionals from all practices and philosophies generally agree on trans fats: It’s best to stay far, far away.

Instead of sugar, many non-dairy creamers contain corn syrup or corn syrup solids. Corn syrup solids are produced when cornstarch is bathed in hydrochloric acid. For those unfamiliar, hydrochloric acid is an industrial chemical solution with highly corrosive properties that is also used in the manufacturing of plastics. Additionally, the corn itself is often derived from GMO varieties, adding all of the risk factors associated with GMOs to the toxic brew.

How to Supercharge Your Organic Coffee

If you want to make the best of your organic coffee, try this amazing version. I like to drink this before I workout or in place of breakfast.

Add all ingredients to a blender and blend until frothy.