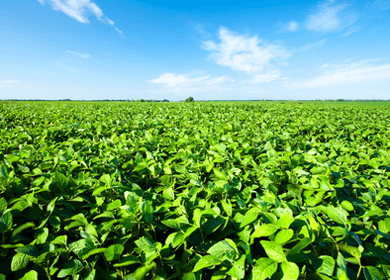 Recent research has revealed that plants can take in metals from nanoparticles found in the soil. This information adds fuel to the ongoing debate as to whether or not plants may become dangerous to humans due to their uptake of toxic nanoparticles. 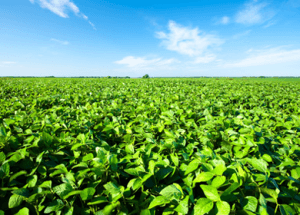 Nanoparticles are teeny tiny particles that are defined by their minute size. These particles are widely used in the manufacturing industry and exist everywhere in our environment. You can find them in the very fine dust of a wood fires and in a number of popular personal care products including cosmetics. There is mounting concern that potentially harmful engineered nanoparticles found in manufactured goods make their way into the soil via such things as crop irrigation. Crops, according to researchers, have the potential to take up these nanoparticles in such a way that they impact not only present but future crops of the same species.

University of Texas researchers grew greenhouse soybeans in soil containing zinc oxide and cerium dioxide nanoparticles, two of the leading nanoparticles used in the industry. Zinc is found in sunscreens, antibacterial products and optical and electrical devices while cerium exists in personal care products, sunscreens and is used in some diesel fuels. A specialized x-ray machine analyzed mature plants to see if the particles had been dissolved or still remained intact.

Cerium was found intact in the plant nodes close to the ground and also in the pods higher up. Soybean crops that were grown in soil with high levels of cerium were drastically stunted. Measureable quantities of zinc was found in the edible parts of the plant. While zinc is an important dietary supplement, zinc oxide nanoparticles have been found toxic to mammalian cells grown in a laboratory.

The fact that nanoparticles are taken up out of the soil and also biotransformed in plants warrants more extensive study into the long-term health implications. It is known that many different kinds of nanoparticles have the potential to cause great harm to humans at the cellular level. This alone should cause us to look closely at the process and control of waste water treatment, crop irrigation and fertilization.