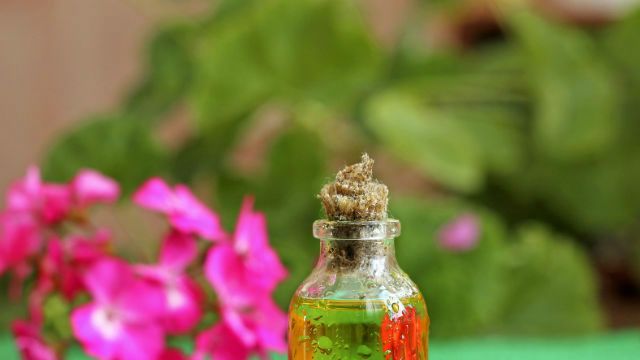 Over 34 million people across the globe are infected with HIV (human immunodeficiency virus), according to the World Health Organization (WHO).

This deadly virus is the precursor to AIDS (acquired immune deficiency syndrome), which is one of our top 10 global killers.

In the face of this serious epidemic, it is encouraging to find more and more research reporting natural remedies with significant potential to fight this virus. Among these are two common, but often underrated, plants: geranium and neem. Along with boosting the immune system in general, and a wide variety of traditional healing uses, these two plants may be able to combat HIV.

A new study, published this year by researchers from the Helmholtz Zentrum München German Research Center for Environmental Health, found that extracts from geranium (Pelagonium sidoides, referred to as PS in the study) showed promise for the treatment of HIV-1, the most common type of HIV.

In lab culture experiments, the researchers found that extracts from the root of the geranium plant protected both blood cells and immune cells from the HIV-1 virus by blocking the attachment of the virus to healthy cells. The extracts also prevented the virus from replicating.

According to research group leader, Dr. Ruth Brack-Werner, “PS-extracts are a very promising lead for the development of the first scientifically validated phytomedicine against HIV-1. PS extracts attack HIV-1 with a mode-of-action that is different from all anti-HIV-1 drugs in clinical use.”

“Therefore a PS-based phytomedicine may be a valuable supplement for established anti-HIV therapies. Furthermore, PS extracts are attractive candidates for increasing anti-HIV-1 therapy options in resource-limited settings, since they are easy to produce and do not require refrigeration. The results of our study and the proven safety of PS extracts encourages their testing in HIV-1 infected individuals as the next step.”

Geraniums may also help to boost the immune system due to their anti-inflammatory properties. Geranium essential oil is traditionally used to reduce inflammation, as well as to improve circulation, lower blood pressure, balance the endocrine system, treat menopause symptoms and relieve stress. Because of these properties, this plant may help to ward off a host of other chronic diseases, as well.

Another plant under scrutiny for its anti-HIV properties is neem, a tall evergreen tree native to tropical regions such as India and Pakistan. In these and surrounding regions, the bark, roots, leaves, flowers and fruit of the neem tree have been used medicinally for thousands of years, for a wide array of conditions. Neem extracts and essential oils have antibacterial, antifungal and anticarcinogenic properties, and traditional uses include treating skin conditions, stomach disorders, diabetes, arthritis, chronic pain, and more.

A 2012 study led by Sonia Arora, an assistant professor at New Jersey’s Kean University, investigated the HIV-fighting potential of various neem extracts. Arora was inspired by reading scientific literature from India and Nigeria, which described subjects’ blood HIV levels dropping after being administered neem extracts. Her study consisted of computer models of neem extracts and proteins that feed HIV’s life cycle, which calculated how the compounds interacted. 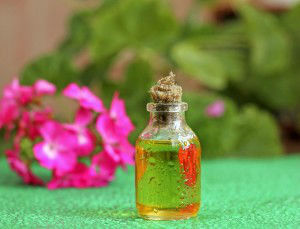 Results of the simulations showed that many different neem extracts targeted HIV protease, which is a protein necessary for the virus to replicate. While this was a computer simulation and not tested with living cells, it shows notable potential, and paves the way for exciting new research centered around this ancient tree.

Note: Both geranium and neem oils and extracts are very potent, and it is highly advised to consult a natural health professional before using them internally. Pregnant or breastfeeding women should also avoid these two plants.