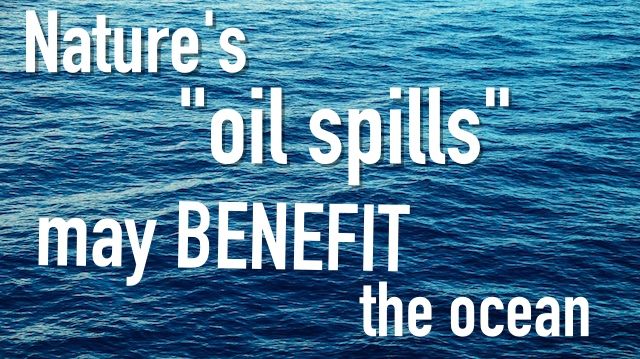 We all know that accidental oil spills (such as those from tankers) are devastating to our oceans and the marine life that inhabits them. Let’s take a look at just a few statistics.

According to the International Tanker Owners Pollution Federation (ITOPF):

Now for a really big number: In 2010’s Deepwater Horizon spill, 162,337 tonnes — 4.3 million barrels — of oil entered the Gulf of Mexico. It was utterly devastating.

So, it logically follows to say that oil spills are always terrible for the ocean and ocean life, right? Oddly enough, research says maybe not — when the oil comes from nature itself, that is. Natural oil vents exist on the ocean floor, and these vents release the equivalent of hundreds of thousands of barrels of oil into the Gulf of Mexico alone every year.

A new study, recently published in the journal Nature, has found that phytoplankton living on the ocean surface actually thrive when they are located directly above these natural oil vents. Phytoplankton are essential food for many marine species.

In fact, the phytoplankton growths above natural oil vents were found to be up to twice the size of nearby growths that were not above the oil vents. 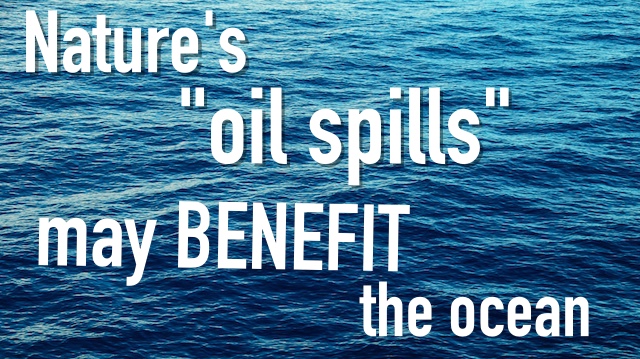 According to the researchers, it is not the oil itself that is making the phytoplankton grow. Rather, they hypothesize that the bubbles created by the rising oil and gas help to bring nutrients from the ocean’s depths to the surface. These nutrients feed the phytoplankton.

Ajit Subramaniam, co-author of the study and oceanographer at Columbia University, stated:

“This is the beginning of evidence that some microbes in the Gulf may be preconditioned to survive with oil, at least at lower concentrations. In this case, we clearly see these phytoplankton are not negatively affected at low concentrations of oil, and there is an accompanying process that helps them thrive. This does not mean that exposure to oil at all concentrations for prolonged lengths of time is good for phytoplankton.”

“This information gives us context for the Deepwater Horizon spill. Although natural seeps are significant over time, the spill was vastly more concentrated in time and space, which is why its impact was so severe.”

The authors of this study state that the next steps in the research will include the analysis of various types of phytoplankton living around oil vents, so their interaction with the rising oil can be further understood.

So, there you have it: While oil spilled in concentrated amounts by humans is devastating to sea life, oil released naturally and gradually into the ocean actually appears to be a vital part of its complex ecosystem, by feeding the phytoplankton. Just another example of nature’s wonder, and delicate, intriguing balance.