While generations of Americans, Canadians and Europeans have been taught for decades to fear the sun, recently, a growing body of research is uncovering just how vital the sun’s rays, and the vitamin D they provide us, really are for our health. While sun exposure does indeed need to be monitored, it is possible that too little sun may be just as or even more harmful than too much sun.

A new study performed at the Karolinska Institute in Sweden followed just under 30,000 women over the course of 20 years. The women were asked to keep track of their time spent in the sun, including how often they applied sunscreen, and how often they visited tanning salons. The women were recruited to the study between 1990 and 1992 and charted their sun habits for the next two decades.

Dr. Pelle Lindqvist, the lead author of the study, comments, “the results of this study clearly showed that mortality was about double in women who avoided sun exposure compared to the highest exposure group… Sun exposure advice which is very restrictive in countries with low solar intensity might in fact be harmful for women’s health.”

It is important to note that the study did find that those women who had frequently sunbathed abroad, such as in tropical climates, were twice as likely to die of melanoma.

Sun protection is crucial, however, our fear of the sun has gone overboard and has caused many of us to be severely lacking in vitamin D. As we reported in more detail in a previous article, over 70 percent of Americans are deficient in this important vitamin. 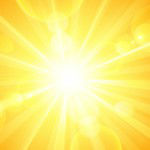 A deficiency in vitamin D is linked to a wide range of health issues, including bone loss, autoimmune disorders, and certain cancers. It can also increase diabetes risk, and cause rickets in children, a developmental disorder in which bones become demineralized and weak, potentially leading to deformities. In fact, The Telegraph reports that as sunscreen use has grown in popularity over the last 15 years, cases of rickets have quadrupled.

So while we do need to exercise caution when it comes to sunshine, especially in the peak hours (early afternoon) in warmer climates, make sure you get ample time in the sun, it could mean the difference between sickness and wellness.