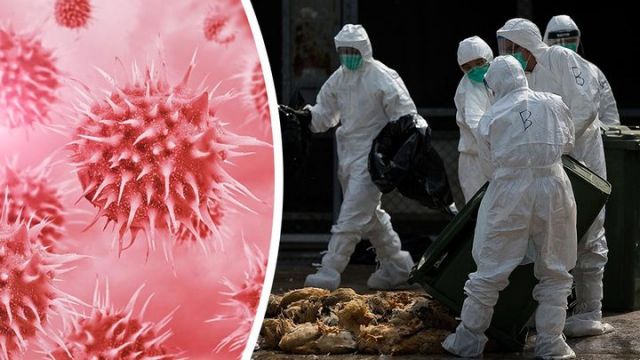 In 2014, the Centers For Disease Control & Prevention accidentally shipped out live anthrax virus cultures. It was one of a series of embarrassing mishaps involving deadly bugs, which prompted the National Institutes of Health (NIH) to issue a temporary moratorium on creating “killer” bioagents in the lab.

The NIH lifts ban on making killer viruses in the lab

The NIH recently lifted the ban, however, on the grounds that allowing labs to manufacture superbugs is necessary to help researchers understand how viruses mutate and spread. Many scientists are convinced that the chances of a major worldwide flu pandemic are virtually a 100 percent. Consequently, they have urged the NIH to allow researchers to study deadly viruses in the lab so that countermeasures and vaccines can be developed.

For a quick overview of this developing story and the scientific and ethical issues involved you can check out this video (below):

Critics claim the decision increases the risk of a pandemic

Others are not convinced. They argue that these experiments are inherently risky. In particular, they insist that laboratory accidents (which have been all too frequent in the past) may endanger the public. Indeed, some scientists are calling for an international biological non-proliferation treaty, which would discourage the development of lethal microorganisms:

After attending @BWCISU #MSP2017, one of our analysts was inspired to explore this question:

Critics of the NIH’s decision also point to ethical considerations, which they insist are lacking under the new framework. Specifically, they suggest that risk evaluations (cost-benefit analysis) for such biological experiments have not kept pace with the ability to manipulate pathogens. They urge that there are safer alternatives and that resources would be better spent to promote “public health through enhanced surveillance, prevention and treatment of influenza.”

In the meantime, Dr. Francis Collins, director of the NIH, explained the agency’s decision by saying, “We have a responsibility to ensure that research with infectious agents is conducted responsibly and that we consider the potential biosafety and biosecurity risks associated with such research.”

The debate is likely to continue over the wisdom of letting researchers create “killer viruses” in the lab. Dr. Marc Lipsitch, an epidemiologist at Harvard University, contends that this kind of research has “done almost nothing to improve our preparedness for pandemics — yet they risked creating an accidental pandemic.”

But Samuel Stanley, a biosecurity expert with the National Security Board, insists that “I believe nature is the ultimate bioterrorist and we need to do all we can to stay one step ahead.” He adds that “Basic research on these agents by laboratories that have shown they can do this work safely is key to global security.”

Which view do you agree with? Did the NIH make a good decision or a risky one? Let us know in the comments below.