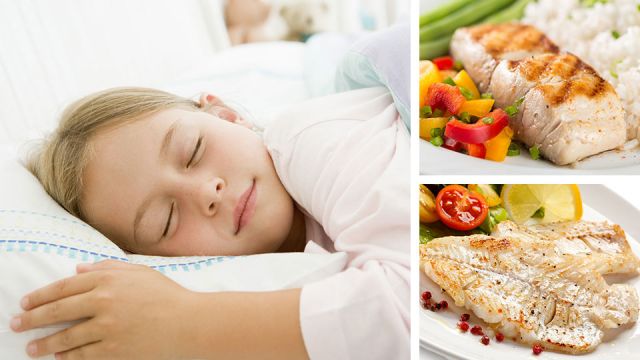 Fish can help improve children’s sleep and IQ test scores, researchers are saying. In a study published this month, scientists found that children aged nine to eleven who ate fish at least once per week had higher scores and better sleep quality than children who ate fish less often.

It’s the omega-3 fatty acids that are doing the good work here, and we can add this benefit to a range of other benefits of omega-3:

Other benefits of eating fish

Not only is fish high in omega-3, but it is also low in saturated fat and rich in protein, vitamins and minerals. The evidence is also so strong that oily fish reduces the risk of cardiovascular disease, that the UK government recommends at least two portions of fish per week for both children and adults. Fish oil may also reduce seizures and could be used in the future to treat epilepsy.

The researchers of the most recent study recommend children start eating fish from as early as 10 months. “Children should be introduced to it early on… Introducing the taste early makes it more palatable,” study co-author Jennifer Pinto-Martin said.

How to choose the right fish

If you’re planning to increase your fish consumption, it’s important to be aware of the differences between the fish and what goes on behind the scenes.

Fish farming is quickly becoming the dominant practice behind the fish that make it to the supermarket, but some of these fish can be highly toxic. While most fish caught in the ocean suffer from some contamination because environmental pollution is that widespread, farmed fish are also fed a cocktail of pesticides, antibiotics and drugs. Farmed fish tend to develop a range of genetic mutations and deformities linked to these cocktails and have a negative impact on the marine ecosystem.

However, wild fish, while containing fewer calories and minerals, also have less omega-3. Over-fishing in the wild is also a serious problem, with bottom trawling playing a role in species extinction or endangerment. Ultimately, the choice can be hard, and often depends on the type of fish.

The best fish for nutrition and sustainability

We’ve found that when all things are considered, the following make great fish choices:

Do you eat fish regularly? What’s your favorite kind and how do you like to eat it? Let us know in the comments!