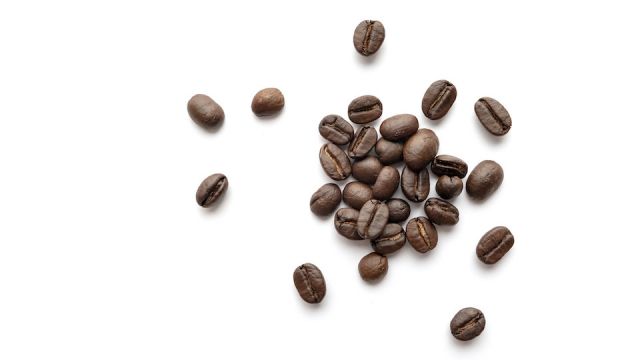 There are so many benefits to drinking coffee, like decreasing the risk of dementia and type 2 diabetes and even adding years to your life. However, there is one ingredient in coffee you need to be aware of…Plus, if you’re drinking coffee substitutes or instant coffee, you should be even more concerned. This chemical is completely odorless, yet overexposure could damage your nervous system. So, what is this potentially harmful chemical?

What is acrylamide, and how does it get in your coffee?

Freshly picked coffee beans are naturally pale in color. It’s only after they’ve been roasted that they take on a deep shade of brown and develop that unique aroma we often associate with comfort and productive mornings. But unfortunately, in the roasting process, various derivatives are created, acrylamide being one of them. = In 2002, a team of Swedish researchers from Stockholm University studied the chemical reactions of heated foods. What they found was that certain foods formed a chemical compound called acrylamide, which is caused by something known as the Maillard reaction. The Maillard reaction is a very complex process that occurs when sugars and proteins are impacted by heat.

According to the U.S. Food & Drug (FDA) this compound develops due to the amino acid and sugars that are present in certain foods during the high-temperature cooking — particularly when roasting, frying, and baking. Cooking processes like steaming and boiling do not normally cause acrylamide to form. This odorless, white crystal compound is mostly found in plant foods such as grains, potatoes, and coffee. Acrylamide is typically used to make plastics, treat wastewater, and is found in cigarette smoke, among other things.

Should you be concerned?

Since the dawn of time, when humans discovered fire, acrylamide has always been a part of the cooking process to some extent. However, here’s the problem with acrylamide. Yes, it is potentially harmful, so there is some concern warranted, but it is more an issue of how much you are exposed to. Those who are regularly dosed with acrylamide in the workplace, by inhaling large quantities, are at risk of nerve damage, nervous system disorders, and even cancer.

This is why science is now looking more closely into the link between acrylamide and everyday coffee ingestion. Animal studies have frequently shown that too much acrylamide can cause cancer when consumed. But that’s only animal studies. Humans metabolize acrylamide differently than animals. And, so far, there have not been any conclusive studies that connect the chemical in foods to cancer in humans. That said, it still can’t be ruled out. More research is definitely needed.

How much is in your coffee?

According to statistics, Americans drink over 400 million cups of coffee each day, making the U.S. the top coffee consumer in the world. But the amount of acrylamide in a cup of coffee varies significantly. A study looked at 42 samples of coffee, which included instant coffee and coffee substitutes. What they found was that coffee substitutes (or grain coffee) had by far the most acrylamide — 300 percent more than fresh roasted. In second place was instant coffee, which had 100 percent more acrylamide than fresh roasted coffee. What was also noted was that levels of acrylamide peaked early on during the heating process and then lessened. Lighter-colored coffee beans seem to have more acrylamide than darker ones, which are roasted longer.

Also, acrylamide only forms when coffee beans are roasted, not during the brewing process at home or a coffee shop, says the FDA. So, no matter how you brew it, there’s no way to remove it from the coffee. Unfortunately, each time you drink a cup, you’re exposing yourself to acrylamide.

Don’t go throwing out your coffee maker just yet

Should you stop drinking coffee? Moderation is always key. Even the caffeine found in coffee can be deadly if consumed in high doses. And of course, foods like bread, potatoes, and cookies also form acrylamide. It can’t be avoided. In fact, it’s present in almost one-third of all calories eaten daily by Americans. But, when it comes to coffee, you can lower the amounts of acrylamide you ingest by choosing coffee made with fresh, dark beans that are well-roasted.

As well, keep in mind your cup of java is linked to some pretty awesome health benefits. For example, drinking coffee could actually reduce your chances of certain cancers. For instance, one study showed that those who increased their coffee intake by two cups per day have a 40 percent lower risk of developing liver cancer. Other research shows that drinking coffee reduces your risk of dementia and may protect you against Alzheimer’s. So go ahead, have a cup of your favorite brew. Just go easy and drink a little less.