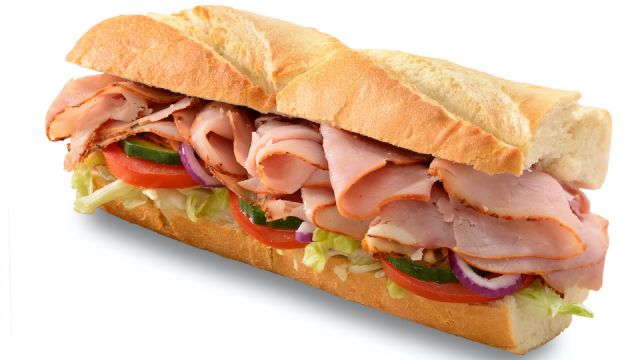 The Irish Supreme Court has weighed in on a popular American eatery. Subway bread is not legally bread, they say in a ruling that came out today, October 1, 2020.  Even the best bread option, at one of America’s favorite “healthy” quick food chains, 9-Grain Whole Wheat, contains 31 ingredients, including added sugar. Gotcha again, Subway!

No wonder you want to keep going back to Subway; the so-called bread used in their sandwiches is like eating a Snickers Bar in disguise. Sneaky? Yes. And addictive too. Subway is once again in the spotlight.

No stranger to the limelight

The Subway chain is no stranger to being called out for less than healthy options that they promote as wholesome alternatives to other eat-out options.

Subway has tried for years to market themselves as a healthy choice in the fast-food world, touting the ‘Eat Fresh’ slogan. This venture’s marketing success was accelerated in 1998 when Jared Fogle lost over 200 pounds eating an all-Subway diet of a 6-inch turkey sub for lunch, a foot-long veggie sub for dinner, plus baked chips and diet soda.

Even the American Heart Association endorsed Subway with “heart-healthy” menu options. Hmm…last time I checked, refined sugar is not particularly heart-healthy…or anything healthy.

Let’s go back to the ‘9-Grain Wheat’ bread for a minute. This bread that is touted as a healthy choice, contains over 31 ingredients. These include soybean oil, which likely hails from GMO soybeans, artificial caramel coloring, and yeast extract, often used as a cover-up name for monosodium glutamate (MSG), which is well-researched as a dangerous neurotoxin. And don’t forget about gluten (wheat, barley, and rye)/ For a much larger percentage of the population than most realize, gluten is quite harmful to health.

But, let’s not be too hard on Subway; they did remove azodicarbonamide, a chemical used in shoe rubbers, from their bread. Azodicarbonamide is used as a bleaching agent in foods and a ‘dough conditioner,’ as it creates elasticity. It also creates elasticity in products such as synthetic leather, shoe soles, and yoga mats, to name only a few. According to the World Health Organization (WHO), this chemical “can induce asthma, other respiratory symptoms, and skin sensitization in exposed workers. Adverse effects on other systems have not been studied.”

Where did the no bread ruling come from?

The  Irish Supreme Court ruling emerged from an appeal from Brookfinders Ltd, a Subway franchisee, which claimed it should be exempted from VAT (Value Added Tax) because many products it sells are “staple foods” and should have a 0% VAT rate. Oops…those that filed the request to be exempted probably should have looked at their ingredient list first.

The five-judge court ruled that the sandwiches served at Subway were indeed subject to the tax because of the amount of sugar the bread contains – too much to legally be called a staple food, or even bread!

According to the law, for bread to be considered a “staple product” and not require VAT, it shall not exceed 2% of the weight of flour included in the dough” Drumroll, please… Subway’s bread has a 10% ratio.

The court ruled “to exclude the bread used by the appellant in their sandwiches from being considered as bread under para. (xii) of the Second Schedule, as the sugar content in the bread exceeded the percentage allowed in the Schedule.”

According to Justice Donal O’ Donnell in the Irish Supreme Court, the definition of “bread” was originally established to distinguish between the starch in other baked goods such as cakes, brownies, and cookies that are loaded with sugar and not healthy enough to be considered an essential food item.

Yes, this is yet another case of buyer beware, and buyers should beware. Not just at Subway, but at any fast-food restaurant. It is critical to know what you are putting into your body and feeding your family. If they can sneak in sugar and other cheap fillers, they will.

Choose wisely; each time you purchase food, for yourself and your family, remember, it’s your money and your life. Take the time to know what you are eating and consume only real food, made with real ingredients that will nourish your body. Not only will you save money, but you will be far healthier in the longterm!