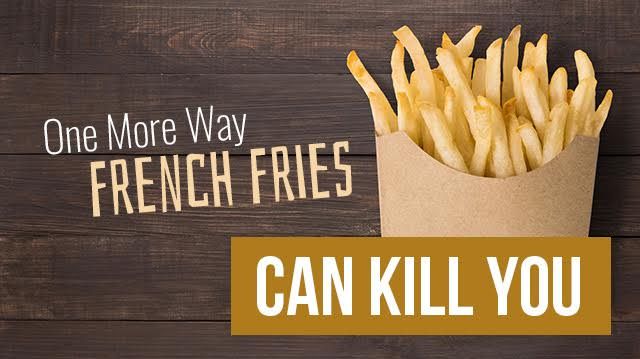 Even though the dangers of processed and fast foods are plentiful and well known, many Americans eat at least one fast-food item every day. However, new research has found that these foods may carry even more risks than we previously thought.

A new study performed by researchers at George Washington University found that people who consume fast food have higher levels of phthalates in their bodies. Phthalates are chemical compounds used in products including plastics, soap and cosmetics.

Aside from the sheer gross factor of chemicals found in plastic and soap being on our plates, phthalates come with a lot of potential hazards to our health. Ami Zota, study coauthor and assistant professor of environmental and occupational health at George Washington University stated:

These adverse effects include raised infertility rates, diabetes, allergies, high blood pressure, and behavioral disorders in children. One phthalate found in fast food, known as DEHP, is also, accordinging to the US Department of Health and Human Services, “reasonably anticipated to be a human carcinogen.”

For their study, researchers analyzed data for just under 9,000 people, which was collected between 2003 and 2010. Included in this data were details about what the participants ate in the last day, and a urine sample taken at the time. From the data, researchers studied the urine samples for the presence of phthalates and other chemicals.

According to the researchers, these phthalates probably found their way into the food through the manufacturing process. On the study results, Zota remarked:

“I really hope this study helps raise public awareness about the exposure problems associated with our industrialized food system.”

It’s true that our “industrialized food system” has to change, for so many reasons. We’ve known for a long time that fast food is prepared with a variety of unhealthy oils and additives, often from GMO ingredients. The cooking methods used to prepare them expose us to acrylamides, which have carcinogenic properties.

Just recently, McDonald’s revealed that their french fries contain a whopping 14 ingredients, including emulsifiers and the like. What happened to a fry made of potatoes and salt? Fries have never been the healthiest way to serve a potato, but adding a dozen additives to the mix is crazy. Our food has moved so far away from a natural state. Yet, people still consume fast food in large quantities.

Now phthalates are on the list of potential poisons lurking in these foods. How much more research will it take for us to just abandon the industrial food bandwagon for good?