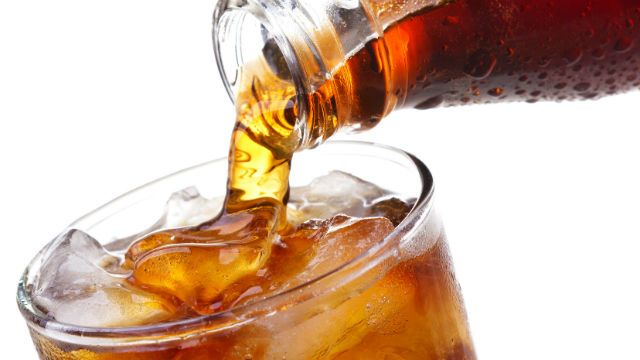 If you needed more evidence to show that diet soda has no place in your diet, this is it: a new study performed by Johns Hopkins University researchers found that overweight and obese individuals who drink diet soda take in more daily calories from food than those drinking regular soda.

While neither type of soda is healthy, and drinking any kind of soda is one of the worst things you can do to your body, many people who are trying to lose weight switch to diet soda thinking that it will help. This latest study strongly suggests that it will not.

According to lead author Sara Bleich, the differences in food calorie intake were “statistically significant.” She hypothesizes that diet soda drinkers may be compensating for the lack of calories in their sodas by eating more food, and also that the artificial sweeteners found in these drinks may alter the metabolism or trigger cravings.

While critics of the study say that is is still unclear if the diet sodas can be blamed for the surveyed individuals’ increased food calorie intake, there is a large amount of evidence and previous research showing that artificial sweeteners can indeed be addictive, and lead to increased cravings – as well as some serious health issues.

Dr. Mercola states that it is possible to develop an addiction to diet soda, and postulates that this is because the brain cannot tell the difference between sugar and artificial sweeteners, and therefore may develop cravings for both. Additionally, as we reported in a previous article, the artificial sweeteners in diet soda can be very dangerous.

Aspartame, a chemical compound used to sweeten many diet sodas, has been linked to chronic fatigue, seizures, brain toxicity, cancer, type 2 diabetes, obesity, slowed metabolism, increased appetite, an increased risk of heart attack, stroke and metabolic syndrome, to name only a few. It has also been linked to death in some cases.

Sucralose, commonly added to diet sodas under the name Splenda, has had very little research done as to its health effects. Of the research that has been done, there are linkages to digestive distress, allergic reactions, weight gain, increase in blood sugar, blurred vision and seizures.

With all of the risks involved, and the complete lack of benefits (including no weight loss benefits, as this latest study has found), we highly recommend that you ditch the diet soda, and all soda, for that matter. It’s just not worth it.