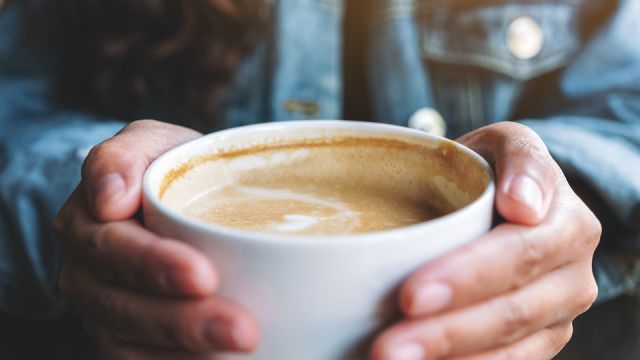 This morning pick-me-up substance that you chug down to help fuel your day and give a little jolt to your system to help keep you awake through long morning meetings and afternoon work tasks may have another purpose that you’ve probably noticed and been too embarrassed to ask about. At some point, you’ve likely experienced what is known as “coffee poop.” Yes, coffee poops are a thing and science is hot on the trail of figuring out just why this yummy drink gets things moving in your bowels. Read on to find out what research has uncovered about this intriguing connection.

It’s not about the caffeine

For many years, people believed that the caffeine in coffee was responsible for its bowel-stimulating properties. However, recent animal studies have disproven this theory. Researchers from the University of Texas Medical Branch in Galveston recently conducted a study hoping to discover what effect coffee has on digestion. They gave rats daily doses of caffeinated and decaf coffee for three days. They found that both groups experienced an increase in intestinal muscle contraction at the end of the study. Essentially, they were pooping more frequently and having healthier poops regardless of the caffeine levels they ingested. It is also important to note the people who drink energy drinks or caffeinated soda don’t experience the same increase in bowel activity, which is another mark against the caffeine theory.  Other studies have confirmed these effects and have sent scientists on the path towards getting to the bottom of this mystery.

So if it’s not caffeine that causes you to poop, what exactly is it about coffee that makes 29% percent of people rush to the bathroom within 20 minutes of downing a cup-of-joe? The truth is…nobody really knows for sure. However, there have been several theories presented that could help draw a complete picture of the pooping and coffee connection.

Researchers have looked at two particular compounds that are likely culprits, chlorogenic acids and N-alkanoyl-5-hydroxytryptamides. These compounds are naturally occurring in coffee and have been shown to help increase the production of stomach acid, which, as you know, is essential for helping move food through the digestive system.

Another idea relates to something called peristalsis, which, according to the U.S National Library of Medicine, is a fancy word for what happens in your gastrointestinal system after you eat. This process is related to the wave-like muscle contractions that work to move food to different processing stations in the digestive tract and help speed expulsion of digested food. Coffee can have this same effect on your bowels, because your digestive system treats it like it would a meal.

Other studies support the idea that coffee increases levels of the hormones gastrin and cholecystokinin, both of which can cause the colon to become more active and speed the movement of food through your bowels.

Some researchers suggest that the coffee and pooping connection doesn’t have anything to do with the coffee itself but rather the milk and cream that is so often added to this stimulating drink. Studies show that almost 65% of the population is lactose intolerant or at least sensitive to milk, with many of these people not even realizing that they have trouble digesting dairy. Lactose intolerance can lead to digestive upset and increase diarrhea.

Coffee is a wonderful substance, and its laxative effects are just another potential bonus alongside high antioxidant levels, and its ability to help you focus. Keep in mind, however, that as with all good things, it is vital to enjoy caffeine in moderation, since too much coffee can have an adverse effect on your health. Be sure to enjoy a quality roast with a splash of cream and a bit of honey or stevia rather than a sugary drink that barely resembles coffee.

Remember, since coffee does cause bowel movements, it is important to avoid it if you suffer from a medical issue such as irritable bowel syndrome or are experiencing a bout of diarrhea. On the other hand, if you struggle with constipation, try upping your fiber intake and adding some stool-loosening coffee into your daily diet.