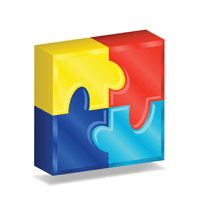 In a recent study out of Denmark, researchers found a new clue to unraveling the mystery of autism. Although the study was more explorative than conclusive, it provided one more piece of information when it comes to understanding autism. Researchers found a link between mothers who had flu symptoms while pregnant and giving birth to an autistic child.

Researchers found that women who had the flu and ran a high fever for at least a week were three times more likely to also have an autistic child. However, study authors were careful to point out that many cases of flu are not reported, so their findings are preliminary and inconclusive.

In another study from the United States, researchers found that women who experienced fevers during pregnancy were twice as likely to have a child with a developmental disorder or autism. Other studies have indicated a connection between illness during the first trimester of pregnancy and autism.

While many doctors automatically suggest pregnant women get a flu shot, there are other ways to avoid getting ill. Make sure you wash your hands frequently and use hand sanitizer when possible. If you are in the grocery store, wipe down the grocery cart before using it. Another suggestion is to avoid people who appear to be ill, including coughing and sneezing.

Eating immune system boosting foods, such as fruits and vegetables high in antioxidants and vitamin C and D can also help your body fight off infections. Zinc and magnesium can also help you avoid getting sick.

Whether or not you get a flu shot, it appears that avoiding the flu when you are pregnant is a good idea. Although autism is still not well understood, the more researchers come to understand this baffling condition, the better we are able to make conscious health decisions about our lives and the lives of our children.