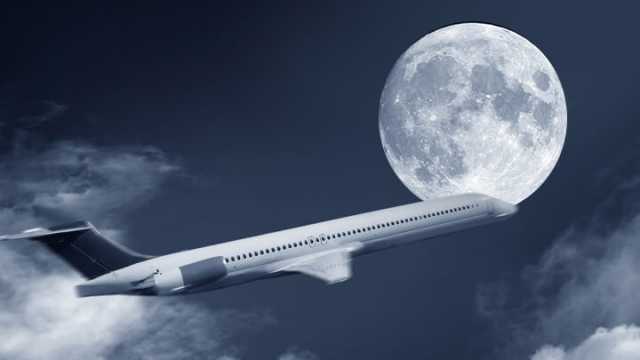 The countdown to space tourism is on. In 2018, if all goes well, two civilians will be taking off on a rocket ship built by SpaceX, the company founded by billionaire Elon Musk. The itinerary includes a lunar orbit and the commercial passengers are expected to log more than a week in space. The pair will travel 400,000 miles away from earth, the farthest anyone has gone from our planet since the Apollo moon missions of more than 40 years ago.

The SpaceX lunar venture represents a new phase in commercial space exploration. In the past, only government agencies like NASA and Roscosmos (the Russian Space Agency) had the resources to accomplish ambitious missions like landing men on the moon or launching an international space station.

Nowadays, however, entrepreneurs are entering the space race in a big way. There are plans for low-orbit vehicles, which would shuttle private citizens into space for a fee. Also, private inventors are competing for Google X prize money for building a robotic spacecraft capable of landing on the moon and transmitting signals back. Not to be outdone, Musk is boasting about sending humans to Mars by 2025.

Would you book a flight to the moon or beyond? Before you make a reservation, here are a few of the developments you need to know about.

Billionaire Elon Musk has always aimed high. In the process, he’s achieved spectacular successes, but also significant failures. Two of his company’s rockets have blown up. But, under his leadership, SpaceX also became the first private firm to build a vehicle that reached the International Space Station. In fact, SpaceX now has a contract with NASA to fly astronauts into orbit.

What animates Musk, apparently, is the desire to rekindle the spirit of exploration, adventure and human striving that fueled America’s space program in the 1960s. In a conference call with journalists explaining the SpaceX lunar mission, Musk said, “What matters is the advancement of space exploration and exceeding the high-water mark that was set in 1969 with the Apollo program. And having a really exciting future in space that inspires the world.”

Ultimately, the entrepreneur sees the moon as a base for further and deeper explorations of the final frontier. Indeed, Musk insists that his company will be ready to start sending humans to Mars in less than a decade. However, many experts believe landing people on the red planet in that short a timeframe is overly optimistic. However, most see Musk’s lunar expedition as being quite feasible within the next year or two.

Musk is not the only entrepreneur who wants to turn the dream of commercial space travel into a reality. Amazon’s Jeff Bezos is pursuing a program called Blue Origins, which also plans to get tourists into space within the next couple of years.

The key to both the Blue Origins and SpaceX initiatives are the idea of reusable rockets. Put simply, space crafts are extremely expensive to build and launch. In order for commercial spaceflight to work economically, it is essential to develop vehicles that can be used again and again.

The companies headed by Bezos and Musk are in a fierce competition to perfect reusable rockets. Blue Origin expects to test its orbital vehicle sometime in 2019. Those interested in reserving a seat for what promises to be an eleven-minute ride to the edge of outer space can learn more by clicking here.

Virgin Galactic’s Richard Branson is another billionaire determined to push the envelope when it comes to commercial space travel. The British entrepreneur is developing a fleet of five space crafts, which are designed to be air-launched from a mother aircraft.

The SpaceShipTwo, as the pioneering model is known, will ferry paying customers 68 miles above the earth’s surface, roughly six miles above the Kármán line, which is the boundary between the earth’s atmosphere and outer space. During the suborbital flight, passengers will enjoy several minutes of weightlessness before the reusable craft reenters the earth’s atmosphere. If all goes as planned, SpaceShipTwo will glide back to a runway like an airplane.

When it comes to commercial space travel, however, there are still bugs to be ironed out. In 2014, for instance, the first Virgin Galactic SpaceShipTwo crashed in the Mojave Desert following crew error. One pilot was killed, but another survived. The next generation of the craft is being built. However, the company has declined to announce when its commercial fleet might be ready. Nevertheless, several high-profile adventurers, most notably actor Tom Hanks, cosmologist Stephen Hawking and actress Angelina Jolie have reportedly ponied up the $250,000 it costs to reserve a seat on the spacecraft.

The ethics of commercial space exploration

The prospect of commercial space travel excites most people. In the past, only highly-trained astronauts had the opportunity to venture into outer space. In the future, ordinary people may be able to buy a roundtrip ticket to the moon. Of course, in the near term, the cost of even a suborbital flight will be prohibitive for most people. The going rate for an advance reservation is about $250,000.

Undoubtedly, the future of space travel is being shaped by individuals with extreme wealth. Only the well-off are likely to enjoy a flight into orbit anytime soon. Is this fair? In the short term, it’s probably inevitable. The government, faced with other spending priorities, is relying on the private sector to pick up the slack when it comes to space exploration. Indeed, many experts believe that private-public partnerships represent the future of space exploration. Most agree that this trend will accelerate during the Trump administration.

Nevertheless, it’s important that the development and exploration of space benefit not just the privileged few, but all of us. This was a point made by Dr. Edythe Weeks, a space expert, who I contacted by email. In her view, activities like space mining are likely “to produce multi-trillionaires [but] without addressing the international issue of how space can be used to benefit all of humanity.” In other words, unless the benefits of space exploration are spread more widely, there is likely to be resentment. Even if we travel to distant regions in space, we still will wrestle with potential injustice.

The future of space travel

Other entrepreneurs, most notably Vulcan Aerospace’s Paul Allen, have joined the space race too. Undoubtedly, these pioneers are driven by a mixture of ambition, competitiveness and a desire to write a new chapter in the history of space exploration. However, there are other deep-seated reasons why these individuals are so fiercely devoted to the cause of interplanetary travel.

To begin with, they are convinced that mankind is destined to venture beyond our own planet in search of new worlds and intelligent life elsewhere in the galaxy. They also believe that humanity must seek and harness resources from other planets because ours are finite. In addition, they insist that space exploration is a necessary hedge against a species extinction event caused by nuclear war, global warming or an asteroid hit.

Someday soon, space travel may be as routine as boarding a flight to another continent. Since the dawning of our species, humans have been fascinated by flight and the skies above us. There is a yearning to escape the bounds of the earth and venture upwards and outwards. Interestingly, scientists say that the atoms in our bodies were forged in a solar explosion that occurred eons ago. As we travel into outer space we are, in a very real sense, seeking to discover both our origins and our destiny.

Would you book a flight to outer space? Please share your thoughts in the comments section below.

Are You Addicted to Cotton Swabs? Here’s What You Need to Know

Are You Being Poisoned by These Dangerous Additives Without Even Knowing It?