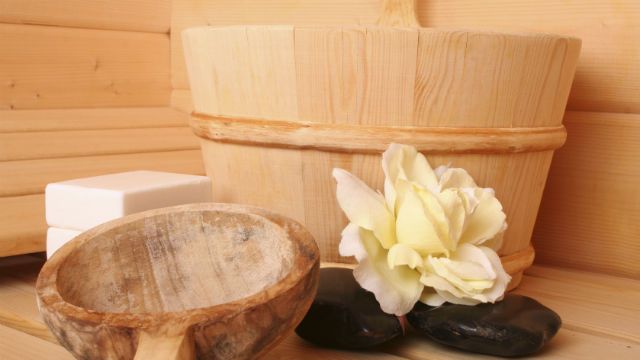 Heart disease claims the lives of 610,000 people in the United States every year, which breaks down to one death out of every four. While it poses a risk of fatality to both men and women, more than half of the heart disease-related deaths are usually men.

Thanks to a study recently performed by the University of Eastern Finland in Kuopio, there may be a new way to decrease that risk.

The study, led by Jari A. Laukkanen, M.D., Ph.D., was designed to investigate a possible link between regular sauna bathing and a reduction in the risk of sudden cardiac death, fatal coronary heart disease, fatal cardiovascular disease, and all-cause death for a group of 2,315 middle-aged men between 42 and 60 years of age. The results were tallied in a follow-up of almost 21 years.

The findings on sudden cardiac death (SCD) showed that there were 190 SCDs in the group. They showed that men who had taken two to three sauna baths each week instead of just one, had a 22 percent decrease in their risk of SCD.

Boosting their saunas to between four and seven a week dropped their risk further still, to 63 percent.

Data on fatal coronary heart disease (CHD) showed there had been 281 incidents of fatal CHDs in the group. Men who took between two and three sauna baths a week had a 23 percent lower risk of CHD-related death. The risk dropped even lower, to 48 percent, for those who took four to seven saunas each week.

The numbers of fatal cardiovascular disease (CVD) observed by the researchers were 407 deaths. Men who had at least two to three saunas lowered their risk by 27 percent, and four to seven saunas each week brought it down more to, 50 percent.

The study also revealed that it was not only frequency of sauna bathing that was important, but that the duration of time spent in the sauna for each session had a bearing on cardiac related deaths as well. Using a baseline of the men who spent less than 11 minutes during each sauna session, there was a 7 percent decrease in SCDs for men who lingered longer, from 11 up to 19 minutes.

The risk dropped by 52 percent for sessions that endured longer than 19 minutes. These same findings were consistent in both fatal CHDs and fatal CVDs. However, the findings were not consistent with the all-cause mortality incidents.

In an Editor’s Note by Rita F. Redberg, M.D. of the University of California, San Francisco, and editor-in-chief of JAMA Internal Medicine, she wrote:

How often do you sauna?