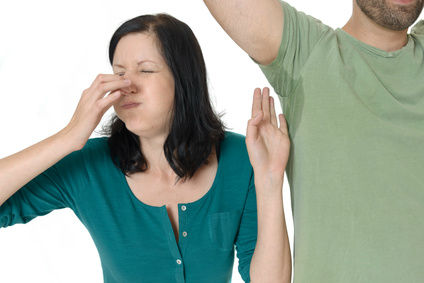 Many of us associate old age with a certain smell. However, while it has been found that we do smell differently as we get older, our scent does not become gradually more unpleasant, as some people may assume.

According to Dr. Johan Lundstrom, a sensory neuroscientist at Philadelphia’s Monell Chemical Senses Center, several animal studies have shown that body odor carries with it certain age indicators. This olfactory information is used by animals when choosing a mate.

In 2012, Dr. Lundstrom and a team of researchers performed a study to test how age and smell corresponded in humans. The team recruited volunteers from three different age groups: 20 to 30, 45 to 55 and 75 to 95. There were approximately 15 male and female volunteers in each group, and each volunteer slept with unscented underarm pads tucked into a tee shirt for five nights, to absorb their body odor.

The research team then recruited another group of 41 volunteers between the ages of 20 and 30 to smell each pad. They were asked to rate the intensity and ‘unpleasantness’ of each pad, and also try to identify which age group each pad came from.

Results of the survey showed that most of the ‘smellers’ could identify which pads came from the eldest age group, but could not as accurately identify the smells of other age groups. However, the pads from the eldest volunteers were generally not rated as unpleasant.

The winners of the worst body odor? Middle-aged men, by a significant margin. Following them, from worst-smelling to best-smelling, were young men, elderly women, young women, elderly men and middle-aged women.

It is interesting to note that middle aged women, who were rated as smelling the best, were mostly past their reproductive age. This suggests that humans have different criteria for evaluating the ‘pleasantness’ of a smell than animals – it does not seem to be primarily about reproductive drive.

Dr. Jane Mohler, the associate director of the Arizona Center on Aging at the University of Arizona, theorizes that the ‘unpleasant’ body odor that some older people exude may have to do with poor dietary habits, or poor hygiene, rather than age. She said, “body odor changes (with age). But body odor does not have to be bad as we age.”

It is a bit of a curiosity why middle-aged men were rated as smelling the worst. It could have to do with the diets and hygiene habits of those particular men. The study was rather small-scale, so further research would need to be done to determine the specifics of why the smells of certain ages were rated as they were.

Bottom line: with a healthy diet, healthy lifestyle and good hygiene, you can smell good at any age.