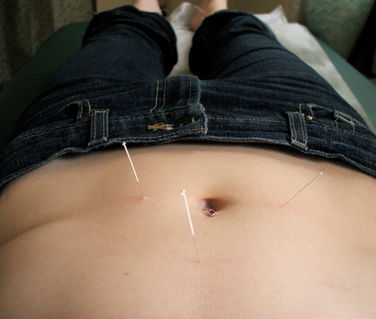 The famous formula for weight loss: a nutritious diet and regular exercise, is highly effective in itself. However, those looking for an extra boost to help shed some unwanted pounds may wish to also consider acupuncture.

A small study recently performed at Kyung Hee University in Seoul, South Korea tested the effects of five point and one point ear acupuncture on weight loss. The theory of ear acupuncture, or auricular acupuncture, proposes that there are points along the outer ear that correspond to all parts of the body.

Researchers recruited 91 volunteers, all of whom were overweight adults with a body mass index (BMI) of 23 or more, for the eight-week experiment. Of this group, 31 underwent a five point acupuncture treatment, for which needles were inserted into the spleen, stomach, endocrine and shen-men (divine gate) points in their outer ears. The needles were taped and left in place for week-long periods, alternating ears after each week. 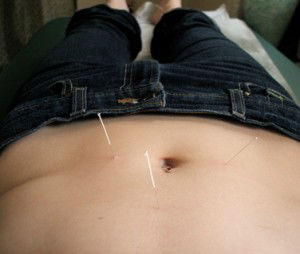 According to lead researcher Sabina Lim, the effectiveness of ear acupuncture was due to stimulating metabolic function in individuals. Although this was a small study, and more research is needed, it does illustrate a promising connection between ear acupuncture and weight loss.

Lim said, “if the trend we found is supported by other studies, the hunger acupuncture point is a good choice in terms of convenience. However, for patients suffering from central obesity, continuous stimulation of five acupuncture points should be used.”