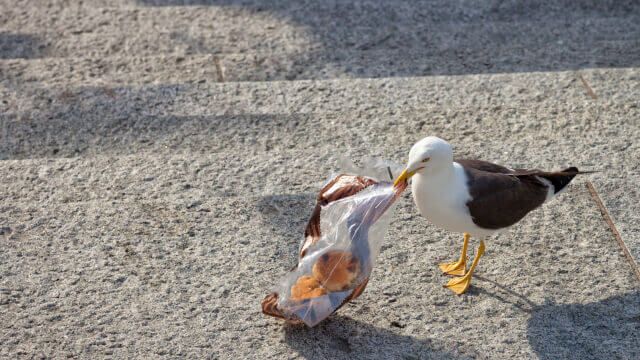 Who wants to eat plastic? Certainly not us! Not only is the stuff indigestible, it can be highly toxic, with BPA and other toxic compounds always a concern.

Humans aren’t the only ones who don’t want to eat plastic — it’s no good for wildlife, either. Unfortunately, as a new study reveals, the vast majority of seabirds around the globe may be unwittingly consuming pieces of plastic.

The authors of a new study, just published in the Proceedings of the National Academy of Sciences of the United States (PNAS), wrote the following:

“Plastic pollution in the ocean is a rapidly emerging global environmental concern, with high concentrations (up to 580,000 pieces per km2) and a global distribution, driven by exponentially increasing production. Seabirds are particularly vulnerable to this type of pollution and are widely observed to ingest floating plastic. We used a mixture of literature surveys, oceanographic modeling, and ecological models to predict the risk of plastic ingestion to 186 seabird species globally.”

From their data and analysis, the researchers estimate that a whopping 90 percent of seabirds on Earth have consumed plastic. Yes, you read that right — 90 percent! This is simply disgusting, and poses a huge threat to all of these creatures.

The researchers state that plastic pollution and its impacts on seabirds is greatest in the southernmost regions of the Atlantic, Pacific, and Indian Oceans. It is also thought that shearwaters and albatross are particularly prone to swallowing plastic pieces that they find.

According to Denise Hardesty, a senior research scientist at the Australian Federal Science Agency, seabirds have a tendency to swallow small plastic pieces because they mistake them for fish eggs. She adds, however, that larger plastic pieces are also sometimes swallowed by the birds.

Hardesty stated, “I have seen everything from cigarette lighters… to bottle caps to model cars. I’ve found toys.” 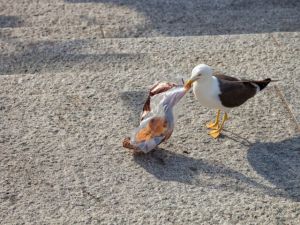 From their study, the authors concluded:

“Although evidence of population level impacts from plastic pollution is still emerging, our results suggest that this threat is geographically widespread, pervasive, and rapidly increasing.”

On the increasing global production of plastic, Hardesty states:

“In the next 11 years we will make as much plastic as has been made since industrial plastic production began in the 1950s.”

Just horrifying. Can we please stop using this stuff, already? We only have one planet to live on.