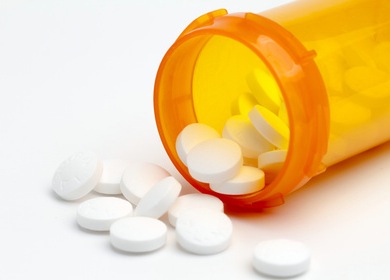 Researchers at the University of Wisconsin-Milwaukee have recently observed the disturbing effects of water tainted with fluoxetine, commonly known as Prozac, on minnows.

Results of this study are also frightening because antidepressants are the most common class of drugs found in human drinking water.

The minnows, who were studied swimming in water with very small amounts of Prozac added, had a reduced drive to reproduce, showed anxious behavior, and, in the cases of the males, became very aggressive.

Traces of Prozac have been frequently found in stream water samples, especially downstream from sewage treatment plants. Humans have neural gene structures similar to those of fish, and due to the results of the minnow study, scientists are worried that the small amounts of Prozac in our water may be harmful to our health.

The minnows in the study were exposed to Prozac when they were still developing; only a couple of months old. The researchers added a concentration of one part per billion to the minnows’ water, the amount found in some water from sewage plants that is discharged into streams.

The male minnows were observed ignoring females, capturing prey more slowly, and spending most of their time hiding under a tile in the tank.

When the Prozac doses were slightly increased, to levels sometimes found in select wastewater, the female minnows laid fewer eggs, while the males showed aggressive behavior. Some of them even killed the female minnows.

The research team speculates that the Prozac caused these changes in the minnows’ behavior by mixing up how the genes in their brains were expressed.

Rebecca Klaper, a professor of freshwater sciences, says regarding this experiment: “at high doses we expect brain changes. But we saw the gene expression changes and then behavioral changes at doses that we consider environmentally relevant.”

Approximately 250 million prescriptions for antidepressants are administered by U.S. doctors every year, many of these for Prozac. However, even those of us who are not taking Prozac voluntarily seem to be at risk, thanks to the traces found in our water.

According to Bryan Brooks of Baylor University, “people have to take these drugs for weeks before they start having effects. They slowly bioaccumulate in your system.” By this reasoning, even the tiniest amounts of Prozac can begin to have serious effects if they build up in our bodies over time.

More and more research is being done on Prozac and drugs similar to it – selective serotonin reuptake inhibitors, or SSRIs. According to Harvard University Health Services physician Joseph Glenmullen, M.D., “we now have unequivocal evidence from a wide range of side effects that Prozac-type drugs impair the normal functioning of the brain.”   Dr. Glenmullen talks about the many dangers, including withdrawal symptoms, of Prozac in his new book, Prozac Backlash. 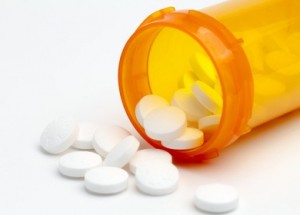 Some of these effects include neurological side effects such as facial tics, bodily tics, and Parkinson’s-like symptoms. Dr. Glenmullen says that these types of symptoms can be indicative of brain damage.

“They are involuntary, disfiguring, and can be very noticeable – and may persist long after the drug is stopped… such reactions are not rare. Neurological agitation is estimated to occur in 10 to 25 percent of patients, and muscle spasms in 10 percent,” he says.

Additionally, studies of prenatal antidepressant exposure show that these drugs can impair a baby’s normal motor development, and increase the risk of certain birth defects.

There are currently no federal regulations on pharmaceuticals in waste water or drinking water. Current evidence shows that there really should be.