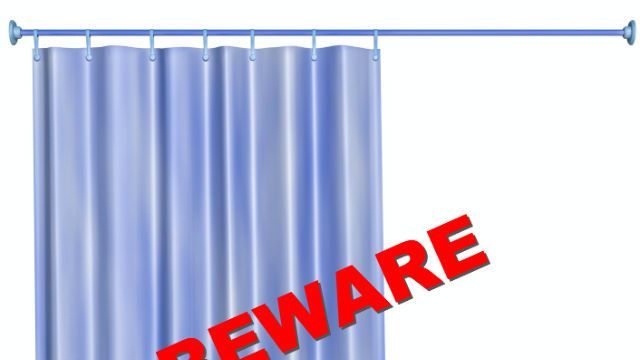 When asked to bring to mind what their shower curtain smells like, most people would immediately think of the same, distinct “plastic” smell.

Especially when they’re new, vinyl shower curtains can stink up your entire bathroom with that strong chemical odor. However, these household items are so common that many of us have never given a second thought to their safety.

Frighteningly, a study conducted by the Center for Health, Environment & Justice (CHEJ) found that over 100 different volatile organic compounds (VOCs) are released, or “off-gassed,” from these curtains into the surrounding atmosphere.

Results of the analysis showed that all five curtains contained phthalates, chemicals which are linked to obesity and childhood asthma, and DEHA, a plastic softener linked to reduced bone mass, liver damage and cancers. They also observed a total of 108 VOCs that were off-gassed into the air surrounding the curtains over 28 days.

Organotins, compounds which are linked to interfering with the immune, reproductive and nervous systems, were found in 60 percent of the curtains. What’s more, the total VOC level that was emitted from the shower curtains was found to be 16 times higher than the US Green Building Council’s guidelines for indoor air quality.

All of these chemicals combined seeping from your shower curtain and into your bathroom air may lead to symptoms including nausea, headaches, loss of coordination, respiratory issues, and potential kidney, liver and nervous system damage.

What makes vinyl shower curtains and liners even worse than other vinyl items is that the bathroom does not receive much ventilation, we breathe right next to the curtain when bathing or showering, and the heat from a hot shower can make the chemicals off-gas more rapidly.

According to Ivy Sager-Rosenthal, an Environmental Health Advocate for the Washington Toxics Coalition, “taking a shower shouldn’t be harmful to your health. It is inexcusable that toxic shower curtains are being sold to consumers, especially when cost-effective alternatives are available. Consumers, especially parents, shouldn’t have to worry that a product they bring into their home will harm their children.”

Along with posing a significant threat to human health, the VOCs that leach from shower curtains have also been found to threaten wildlife, and have been shown to enter the water supply.

The CHEJ reports that in response to these growing concerns by officials and consumers, both Bed Bath & Beyond and Target are “actively phasing out” PVC from their products. One common alternative shower curtain material that has entered the market is PEVA, which contains less VOC content than PVC, and does not off-gas as much, as it does not contain chlorine.

However, PEVA is still a petrochemical-based plastic, and plastics are manufactured with a host of chemicals, the long-term effects of which are largely unknown. 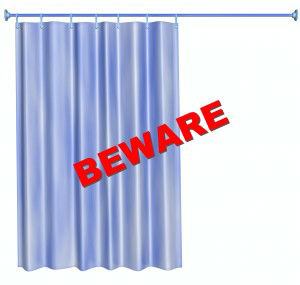 So, what are the safe shower curtain options, then? Two of the safest and simplest solutions are shower curtains made from either hemp or organic cotton. While they may not be as waterproof as vinyl, they do not come with the chemical risks, and placing a towel on the bathroom floor certainly beats breathing in poisons.

Alternately, for a completely waterproof, safe option, install glass doors on your shower. Click here to discover 5 other chemicals that you can detox from your body =>