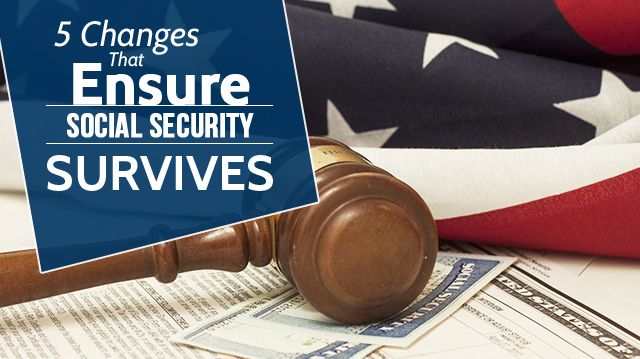 Everyone agrees that social security is broken. The ratio of current workers paying into the system to retiring workers expecting benefits is leaving a financial gap. There is not enough money coming in to pay for all the benefits promised.

There is no question that the system can, and must, be saved. The controversy is over how best to finance Social Security. This is a question that has haunted the system since its very inception. Progressives have always wanted Social Security to be a safety net for older Americans. Conservatives have preferred a system that helped people save their own money.

Social Security as we know it today is a blending of these competing views, while any move to save the system ignites controversy from either side.

The Current System and an Overview of Social Security Reform Ideas

The current Social Security system is a compromise of progressive ideals of redistributive policies and conservative ideals of future-conscious Americans saving for retirement. Funds for the program are collected from payroll tax. Specifically, a flat tax of 12.4 percent of wages that is capped at $118,500.

Half of this money is paid by the employee and half by the employer. Contractors and the self-employed pay the whole amount. Benefits are based on wages. The Social Security Administration determines each person’s’ benefits by calculating their earnings over the 35 most financially productive years of their life.

This figure is capped at $118,500 per annum, to mirror the income cap when paying into the system. A person’s calculated monthly income is then sent through a benefits formula. The calculation is progressive in that those earning less money will see a greater percentage of their income in benefits. That said, the more you’ve paid in, the more you’ll see returned to you in your old age. Earnings of up to $10,000 are returned at a rate of 90% while those over approximately $62,000 are only returned at a rate of 15%.

Social Security reform needs to bridge the gap between money coming into the system and money going out. There are five proposed ways to do this:

Each change comes with its own set of problems – both practical and ideological.

Decrease Money Going out of the System: Raise the Retirement Age

This is arguably the least controversial reform. The system was never meant to support older Americans for as long as it currently does. Advances in medicine and improvements in life expectancy have led people to live longer, putting undue strain on the system. Once the infant mortality rate of the 1930s is taken into account, people are living about five years longer. This is long enough to have a real impact on the solvency of the system.

Amendments in 1983 implemented a slow increase in the retirement age from 65 to 67, but the system is arguably still less viable than it was in the 1930s, given changes in life expectancy.

A less comfortable change in life expectancy demographics over the past 80 years is the rising gap between how long poor people can expect to live as compared to the wealthy. This already places the poor at a disadvantage when it comes to collecting benefits from Social Security. Raising the age will only exacerbate this disparity.

Decrease Money Going out of the System: Means Testing

Nothing pits the liberal and conservative ideologies against each other faster than suggesting mean-based testing as a method of decreasing Social Security spending. The general idea is that those who need money going into retirement will still get it and those who don’t will not. This is how Medicaid works. Such a proposal would effectively turn Social Security into a fully progressive, redistributive system in place to support the poor, as opposed to the nationwide retirement plan it is today.

Aside from ideological arguments, there is the unresolvable issue of fairness. Whether or not the government thinks that a person needs X amount for retirement, people have planned their finances for what they think they need. To pull such a huge amount out from under them with no thought to how they have planned, saved and struggled to procure the retirement they wanted will leave some older Americans much less comfortable in their old age.

Decrease Money Going out of the System: Decrease Benefits

This proposal is as unfair as means testing, though under this scheme lost benefits will be shared among all participants, leaving every retiree worse off but no one miles away from the retirement they had planned.

Practically, this could be implemented a couple of ways. One proposal is to reduce the cost of living adjustment that is added to Social Security payments each year. Any decrease in benefits can leave people who already depend on Social Security in a precarious financial situation during their golden years. The trade-off here as compared to a mean-tested solution is that those who were already going to struggle to live off their benefits will struggle even more. Arguably, with the means-tested approach those who lose benefits will not struggle financially; they will simply lose a level of retirement comfort they had planned on.

There are two proposed ways to increase revenue brought into the Social Security system. The first is to simply increase the payroll tax. Raising the tax by 2% would keep the system solvent for an additional 75 years.

The practical obstacles here are political — no one wants to be the politician whose grand plan is to raise taxes across the board without delivering any additional benefits. The ideological obstacle is about intergenerational fairness. This plan quite literally taxes the young to support the old.

The second proposal to increase funding to social security is controversial across liberal-conservative lines. It involves raising, or even eliminating, the cap on taxed income.

Liberals see this as an easy way to increase revenue while eliminating a regressive rule that they weren’t thrilled with to begin with. Conservatives see it as a fundamental change to Social Security that invalidates the compromise they made when allowing redistribution to be an element of the system. The rich would pay significantly more into the system. Depending upon whether the cap on benefits is also changed, they see little to no increase in benefits.

No one is entirely sure when, or even if, the Social Security fund will become fully depleted. The year 2034 is an intermediate estimate. Some numbers place the depletion much earlier, and others not at all. Regardless, it is important to implement planned solutions sooner rather than later. The last time the Social Security Administration changed the retirement age, it did so over a 22-year period. This gave people time to adjust and plan for their retirements given the new rules. Without this adjustment time, changes to the system become unquestionably unfair to our older citizens.

Given some time for adjustment, which strategy or grouping of strategies would you prefer?