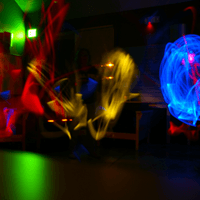 For as long as the synthetic drug ecstasy has been around, people have thought it was largely harmless for occasional use. However, in a recent study, this club drug has been found to have profound long-term neurological effects that are not obvious until well after usage.

The Lure of Ecstasy

Ecstasy is well named. Users report taking the pill produces feelings of euphoria and sensuality that can be exciting during an evening out with friends to go clubbing or just to have fun. Until recently, even drug counselors and governmental drug advisors believed that occasional use of ecstasy or “e,” as it is commonly referred to, was relatively harmless and had no long term, lasting negative effects.

In a study published in the professional journal Addiction, however, researchers have discovered that ecstasy does, indeed, have long term negative effects that are usually not immediately obvious to users. Researchers studied the effects of using ecstacy in first-time users over a period of one year. They took the pills over the course of the year approximately ten times or more, with an average recreational use of once a month. Short term memory and immediate memory areas of the brain displayed significant impairment even with recreational use levels. The damage is similar to that shown in the early stages of Alzheimer’s patients, in which the hippocampus is degenerating.

Although the typical ecstasy user may be young adults who enjoy club hopping and dancing, the drug can be tempting for almost anyone who enjoys sensations of euphoria and relaxation. However, it is a drug that can have dire long term consequences, even with occasional use. Synthetic drugs are just that, synthetic substances, and as such, putting them in your body can be dangerous and have unforeseen consequences. Even though ecstasy and other drugs like it have long been thought to be harmless, researchers are proving once again that substances that do not occur naturally in nature can be detrimental to your health.