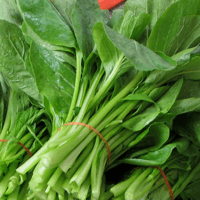 The mineral magnesium, essential to good health, is a necessary component of more than 300 biochemical reactions in the body. It’s critical in maintaining normal bone, muscle, nerve, heart, immune function, and blood glucose control. Research now supports that magnesium may play an important role in protecting against type 2 diabetes.

Without magnesium, the hormone insulin can’t do its job and deliver glucose, the body’s energy source, to cells. The resulting high blood glucose level is a hallmark of diabetes and is associated with several conditions such as heart disease, kidney disease and stroke.

People with type 2 diabetes are insulin resistant, meaning their cells don’t respond to insulin, and thus they have to produce larger amounts of insulin to maintain normal levels of glucose. A deficiency in magnesium is thought to contribute to insulin resistance. Untended, high blood glucose levels result in additional loss of magnesium in the urine, further intensifying the magnesium deficiency and health complications.

Unfortunately, diabetes patients tend toward inadequate magnesium intake. This was the case in 82 percent of the subjects with diabetes in a study reported in a 2011 issue of Clinical Nutrition, which also found evidence that low magnesium levels may further promote the progression of diabetes. The American Diabetes Association conducted a meta-analysis of thirteen studies involving more than 500,000 participants and found a significant association between low magnesium intake and risk of type 2 diabetes.

Dietary surveys indicate that many adults don’t meet the Recommended Daily Allowance for magnesium, which for women and men over age 30 is 320 milligrams (mg) per day and 420 mg per day, respectively. Some–but not all–studies have shown positive results with magnesium supplementation.

For now, it’s best to increase your intake of magnesium-rich foods, such as whole grains, nuts, legumes, and green leafy vegetables, to achieve normal levels.