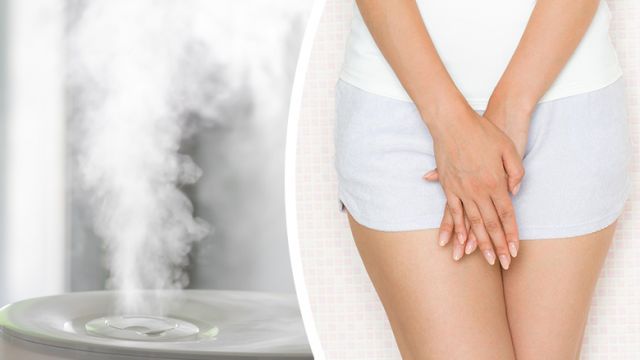 Even a gynecologist who says she’s “heard it all” was shocked by the trend of women (as well as the famous case of actress Gwyneth Paltrow) steaming their vaginas.

But, most of the evidence suggests there isn’t too much to be afraid of. Vaginal steaming, also known as V-steaming and yoni steaming, involves women squatting or sitting over steaming water which contains herbs like rosemary and basil.

Though Westerns have only started talking about or doing it over the last few years, it is actually an old health practice from parts of Africa, Asia and Central America. The Q’eqchi people used vaginal steam baths for reproductive health, for example, along with teas and massage. In Korea, steam baths, or chai-yok, were aimed at reducing infections, getting rid of hemorrhoids, regulating menstruation and helping with fertility — and the practice is still in use today. However, is the treatment all it’s cracked up to be? Are there any dangers or risks?

The shocked gynecologist, Lissa Rankin, argued that the vagina has “extensive blood flow” and a “thirsty” mucous membrane. That means that through this method, the vagina could easily absorb medications. She says that she has prescribed herbal vaginal suppositories to help fight HPV, for example, and suggests this method would work just as well.

So, it all comes down to the ingredients used in the steaming. Mugwort can apparently aid in fertility, and wormwood is most useful for women with repeated bacterial or viral vagina infections. Rankin says that all up, this method can be a “relaxing way to take your medicine.”

In addition, writer Dan Oliver found that one quite uncomfortable-sounding session, with her legs in the same position as for a pap smear, was enough to moisturize her vagina, without the need for creams. She also said she found the experience slightly arousing.

This isn’t so easy to do on your own, especially as it is important to control the temperature to make sure the vagina’s skin and membranes aren’t burnt. Allergic reactions are also worth monitoring. But perhaps more importantly, other gynecologists have warned people not to get their hopes up about the treatment. Writer and gynecologist Jennifer Gunter says, “Claims that it can somehow impact vaginal or uterine health are not biologically plausible. A vagina does not need to be detoxed. Ever. The vagina is a self-cleaning oven. That is why we have good bacteria.”

Further, the vagina maintains its own, perfect temperature. Extra moisture, such as sweating, isn’t typically a good thing; bacteria and yeast infections love heat and moisture. A 2004 study, for example, found that women who douched were more likely to contract bacterial vaginosis. The increased blood flow can also cause itchiness. Water in this form — that is, entering the vagina — can also wash away natural oils and lubrication, making the vagina vulnerable to cuts and irritation.

It’s also important to be weary of extreme claims of healing. The idea that steaming can balance hormones, as Paltrow claimed, doesn’t make a lot of sense, since hormones are produced in the brain and ovaries.

Is this something you’d consider trying or have you tried it already? How did it go? Let us know in the comments below!