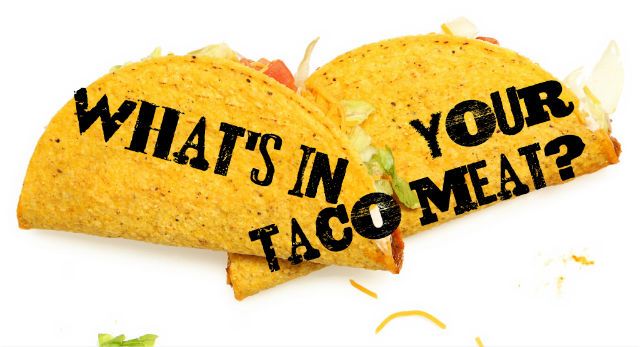 Responding to the growing public demand for ingredient transparency, Taco Bell has posted a breakdown of the ingredients in its seasoned beef mixture on its website.

While it’s a positive note that the franchise is willing to be open about its ingredients, the list just serves as a reminder of exactly why to stay far, far away.

The beef mixture is stated to be 88 percent “Premium Beef,” with the other 12 percent composed of the “Signature Recipe.” This “Signature Recipe” is filled with highly processed additives, emulsifiers, artificial colors and flavors. Though, according to the Taco Bell website, “they do have weird names – perfect for tongue twisters! But these ingredients are completely safe and approved by the FDA.”

Anyone who has done some digging into the FDA’s approval and subsequent recall of numerous food additives and pharmaceuticals knows that just because something is approved by the FDA does not automatically make it safe. The fact that Taco Bell is using this assurance lightheartedly is tiresome and should be viewed with skepticism.

For starters, the seasoned beef contains three types of sugar. One is maltodextrin, a sugar derived from corn, which has likely been genetically modified. Another is trehalose, a sweetener made from processed, liquefied starch. The caramel color found in the seasoned beef is also manufactured from sugar.

It has been widely researched that sugar is at the root of many of the chronic conditions caused by the Western Diet, including obesity, type 2 diabetes and certain cancers. Sugar has also been linked to immune system problems and depression. Is it really necessary to dose taco meat in sugar?

Other listed ingredients include potassium chloride, which in its synthetic form can lead to indigestion (possibly explaining why diarrhea is a common side effect following a Taco Bell trip), modified corn starch (likely GMO) and soy lecithin as an emulsifier.

We all know that Taco Bell isn’t a healthy choice, and the ingredients list just proves the point further. If you’re still eating this stuff, do your health a favor: next time you see that drive thru window, just keep driving.