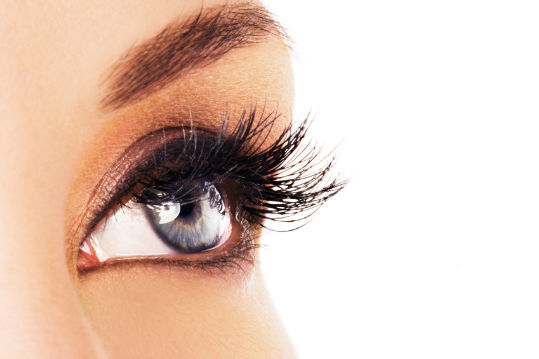 Our eyelashes: they’re constantly in front of us, yet we rarely give them much thought, unless we’re styling them or picking them out of our eyes. However, these little hairs serve an important role – that of protecting our eyes. And as it turns out, how long they are may impact how well they do their job.

An individual eyelash has a growth cycle of three months – and we lose up to five of them per day, under normal conditions. The average upper lash line contains between 200 and 300 lashes, while the lower lashline houses just under half this many.

Along with keeping sweat from beading into the eye, our eyelashes protect our eyes from water, and any dust or other particles that may linger around. 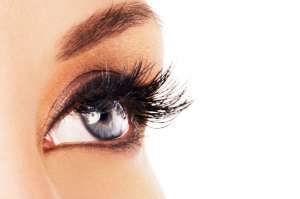 To collect data for their recently published study on eyelashes, a student from Georgia Institute of Technology spent some time at the American Museum of Natural History measuring the eyelashes of different animals.

Researchers then compared these lash lengths, along with human lash lengths, and took their experiment a step further by building a two-foot wind tunnel and eye model.

One thing that the researchers discovered was that in both humans and other mammals, eyelashes are approximately one third the width of the eye in length. Shorter or longer lashes, it was found, were counterproductive to eye protection.

According to PhD candidate Guillermo Amador, the study’s co-author:

“Eyelashes form a barrier to control airflow and the rate of evaporation on the surface of the cornea. When eyelashes are shorter than the one-third ratio, they have only a slight effect on the flow. Their effect is more pronounced as they lengthen up until one-third. After that, they start funneling air and dust particles into the eye.”

As far as the effect of altering lash length within the wind tunnel, Assistant Professor David Hu stated:

“As short lashes grew longer, they reduced air flow, creating a layer of slow-moving air above the cornea. This kept the eye moist for a longer time and kept particles away. The majority of air essentially hit the eyelashes and rolled away from the eye.”

One application for this research, the authors say, might be to design fake eyelashes of the correct length for people who cannot grow their own. Some health conditions, for example, alopecia, cause people to lose their bodily hair, and for these individuals, eye protection is still, of course, highly important.

Fun fact: The longest eyelash ever on record actually belongs to a Florida man named Stuart Muller. In 2007, the eyelash measured in at 6.99 centimeters – that’s about 2.75 inches.