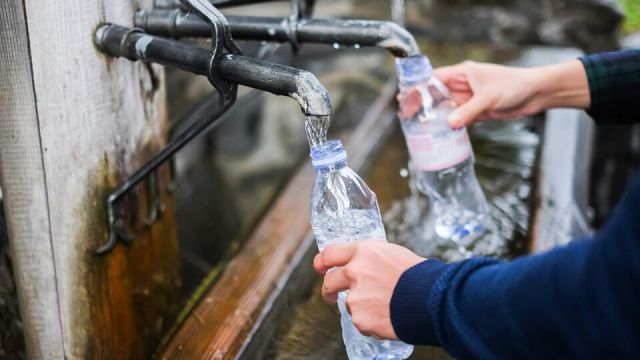 It doesn’t matter how many miles you’ve traveled in your lifetime, we all have those travel stories in our repertoire that we wish had never occurred. Whether you’re projectile vomiting because of local water or being chased by locals on the side of a mountain, it’s how you learn. Here are five blunders you may want to consider before your next vacation.

1. Trusting the water in your hotel

I had heard the water in some parts of the Caribbean was less than fresh, yet, somehow, I thought it would be a good idea to brush my teeth and swish fecal-infested tap water in my mouth. Chock it up to my naivety, and the fact that it was my first time traveling to the Dominican. I never thought I could be so affected by tap water until it was too late. Not only was I projectile vomiting all over tour buses, but I also had a bad case of traveler’s diarrhea that kept me on the lookout for public toilets.

Check sites like the International Association for Medical Assistance to Travelers (IAMAT) for country water advisories before you travel. Had I researched, I would have discovered that all local drinking water in the Dominican is considered contaminated and should be boiled before consuming. Trust me, you don’t want to be touring the Caves of Wonder, surrounded by sacred water, and suddenly feel the urge of explosive diarrhea about to erupt.

2. Thinking local food is as fresh as food from home

Okay, so you’d think I would have learned from my mistakes in the Dominican Republic. And I did, somewhat. My second trip to the Caribbean found me in the Bahamas. What could go wrong? I was staying in a five-star resort after all. Even so, I stuck to alcoholic beverages without ice cubes and drank only bottled water. When it came time to brush my teeth, I learned from my mistakes and only used bottled water for rinsing.

Then we had dinner… I started with a salad and finished my meal with a bowl of ice cream. Big mistake. Somewhere between the salad and (unpasteurized) ice cream, I began to feel the pangs of Montezuma’s revenge taking hold. Once again, I found myself worshiping the porcelain God. But hey, I did lose five pounds.

It’s important to remember that even if you are staying in a five-star resort with purified water, certain foods that you consume may not be treated in the same manner in which you are accustomed to. In my case, I indulged in ice cream that most likely was refrigerated improperly during delivery. The rules of transporting foods, food handling and food storage can vary from country to country.

How do you know ice cream or other dairy products have been handled correctly? The answer is: you don’t. Better to be safe than sorry. This is especially true for times like these, when Caribbean islands and states are being ravaged by category four hurricanes.

When I travel, I always bring along a well-stocked first aid kit. Medicines that treat diarrhea symptoms and stomach upsets are priceless when you need fast relief. I learned that the hard way. When I needed relief, these over-the-counter medicines were nowhere to be found. I was offered help from the hotel doctor, but at a cost. And let me tell you, the cost was high — hundreds of U.S. dollars for a room visit.

When my sister traveled to Mexico, she cut her foot badly while walking on the beach. A friend of mine was bitten by a spider on his travels, which left his hand and wrist swollen for days. Another friend sprained her ankle while hiking. These scenarios aren’t uncommon.

So, a basic travel health kit is important, no matter where you travel. First aid supplies and medications may not always be readily available in other countries or may be different from those available in the U.S. Your travel kit should contain enough supplies to prevent illness, handle minor injuries and manage pre-existing medical conditions for longer than the duration of your trip.

You may want to include:

While traveling in Santorini, Greece, my friend and I met up with a group of Australian women. The group was freaking out because they had recently had an altercation with a taxi driver. For whatever reason, they decided not to pay him for the ride, jumped out of the taxi and ran to the bed and breakfast they were staying at.

Here’s the thing: some hotels or B&Bs in Europe will hang onto your passport if they believe you could run off without paying. It’s basic security for the hotel. What these girls didn’t anticipate was that the B&B owner could be related to the taxi driver. Needless to say, the owner held onto their passports, which caused them to miss their flight to Turkey. Long story short: make nice with the locals. You’re in their territory and the U.S Consulate may be miles away.

5. Not respecting the culture or people

Recently a woman traveling with her son in Nepal videotaped her harrowing escape from a Nepalese woman whom she insulted. The video, which garnered thousands of shares, shows what can happen to tourists who don’t respect the people or cultures in the country they’re traveling. Sure, the Nepalese woman looks crazy in the video, but I believe what may be behind the video is a woman who is fed up with tourists — rich enough to travel to her country — who nickel and dime her for a cup of tea. I don’t agree with this type of confrontation, particularly since her trade relies on tourism. However, frustration can make a person do some nasty things. What do you think?