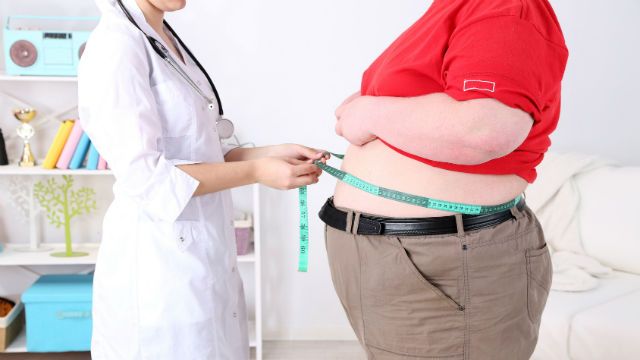 It seems that the belief that it’s possible to be ‘fit and fat’, or even ‘obese and healthy’, may be just wishful thinking as recent research has found that neither statement is true.

The theory was based on the fact that overweight people are considered healthy if they don’t have signs of heart disease – but a recent study found that even obese individuals with no signs of cardiovascular disease actually have a much higher prevalence of early plaque buildup in the arteries as compared to those who are at a healthy, normal weight.

The study, published in the Journal of the American College of Cardiology, of nearly 15,000 men and women aged 30 to 59, challenges the idea of “healthy” obesity and should not be assumed healthy by their doctors. The researchers recommended that all obese individuals be counseled about the risk of heart disease and receive advice on how to achieve a healthier weight.

They felt that people in this category should realize the importance of changing their diet and exercise habits now in order to prevent a future cardiovascular event before it’s too late.

Even if an obese person has blood pressure, cholesterol and blood sugar levels in the normal range, that’s likely to change over time, putting them at risk for stroke, heart disease, diabetes, sudden cardiac death and a number of other health problems.

Of course, being obese doesn’t just affect the heart – it increases the risk of joint disease, all types of cancers, and even psychiatric disorders. Obesity and its consequences also drives up health care costs significantly.

No matter how you spin it, being obese is not something that anyone should have a carefree attitude about.

Some people might say, “So what if I die at 75 instead of 80, at least I’m enjoying life, right?” But shorter longevity is really the least of an obese person’s problems. A 2010 study published in the American Journal of Preventive Medicine found that obesity significantly reduces the quality of life.

Their research indicated that Quality-Adjusted Life Years, or QALYs, lost to U.S. adults have more than doubled from 1993 to 2008 with the prevalence of obesity increasing 89.9 percent during that same period.

It’s not all that surprising, as people who are obese are more likely to be depressed, experience chronic pain, extreme fatigue, difficulty sleeping, and much more – in addition to the long term complications and potentially shorter life.

Don’t make the mistake of becoming complacent if you’re overweight or obese – there is no time like the present to make the necessary lifestyle changes that will help you to achieve optimal health and a slimmer waistline.