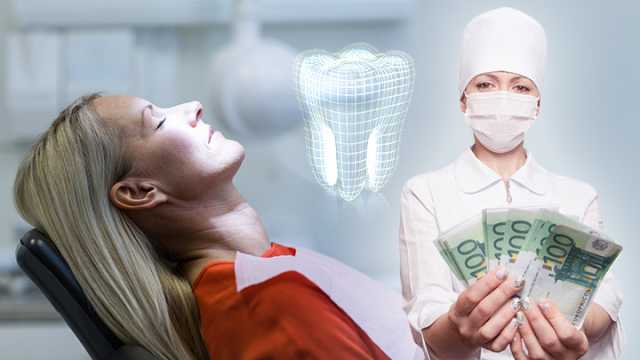 All through my childhood and teenage years, I had perfect teeth. No braces, no major dental work and everyone telling me now nice my teeth were. I looked set for a lifetime of optimal oral health.

But then I turned 22, and it appeared that everything had changed. Previously, I’d only been trooping into the dentist around once every two years or so, seeing as they could never find anything wrong with my teeth. But that year, as I confidently reclined back in the chair for a routine teeth cleaning, I was met with some very surprising news indeed: I needed fillings.

And lots of them, from what the dentist was telling me. Somehow, in the space of two years, I had gone from a perfect dental record to one requiring immediate, and expensive, repair. Not having seen the need in any form of dental insurance until this point, I was forced to cough up a considerable sum. And two very long, very unenjoyable dental visits later I was the unwilling new owner of five fillings.

As you can imagine, I wasn’t happy. I was also a bit confused. How had this happened? How could my dental health has plummeted so significantly in such a short time?

I didn’t question my dentist

Not having yet discovered my passion for health and a certain knack for critical thinking when it comes to self-diagnosis, I didn’t question my dentist’s verdict. Surely, a professional would know what they’re talking about, right?

But then I started getting pain in some of the teeth which had received fillings, and I had to return to that same dentist to get not one but three fillings re-drilled and refilled. There was no apology forthcoming for a job poorly done, which was surprising considering this was a reputable dentist in one of the nicer parts of town.

But when another of those same fillings once again started giving me grief, I sought out a second opinion. The next dentist I saw, who resided in a nearby city but who my family had been seeing for generations, informed me that none of my fillings had been necessary. Not only that, those fillings had all been done so poorly that he would probably have to redo them all over again.

As you can imagine, I was livid. That first dentist had not only ripped me off, but permanently ruined my teeth! It was a crime worthy of a jail sentence in my opinion, but I was powerless to do anything about it.

…and I’m not the only one

Millions of people all over the world are being mis-diagnosed, and ripped off, by their dentists. Unfortunately, they almost always get away with this malpractice because their victims never think to question their diagnosis. I was one of those people, until I sought a second opinion.

You see, dentists are profit-driven, just like the rest of us. Every time they “find” a tooth that needs filling or a root canal that needs drilling, they’re filling their coffers. Obviously, there are plenty of cases where there is a legitimate need for that work, but there’s also plenty of other instances where that dentist is blowing the problem completely out of proportion, or perhaps even inventing one, in order to meet their quota for the day. All it really comes down to is the integrity of the dentist in question.

So how do you know your dentist is scamming you? How can you tell whether those little blips on the x-rays they’re showing you are actually cavities? Here’s how to sort the fact from the fiction.

This is probably the most obvious sign that your dentist is scamming you, and one which certainly took me for an expensive and painful ride. If, like me, you don’t have a history of dental issues but suddenly find yourself being told by your dentist that you need multiple fillings, seek out a second or even third opinion.

Similarly, if your dentist out of the blue informs you that it’d be a good idea to replace all your old fillings, start asking questions. If they refuse to provide proper reasoning for why this expensive work needs to be done, take your teeth someplace else.

It might seem like your dentist is being proactive in recommending regular x-rays, but the industry standard is for dental x-rays no more than once every two years. Even that is probably too often, considering the harmful radiation you’re exposing yourself to.

X-rays aren’t cheap, and they’re an excellent way for your dentist to make some serious mula if they can’t find anything else wrong with you. Stick to your guns. If there’s nothing wrong in your mouth, then politely decline the offer.

3. Fillings when you don’t need them

This is another classic sign that your dentist is scamming you. If you don’t have any pain or discomfort, and you’ve been eating well (lots of vitamin D, calcium, magnesium and vitamin K2), consider seeking a second opinion if you’re being told you need multiple fillings. Generally, you’ll know if you have cavities — they’re typically quite painful.

Are you aware of industry standards for dental work pricing? I certainly wasn’t. What’s to say that your dentist isn’t ripping you off for the work they’re doing, and that they’re contravening best practice guidelines set down by dental association? A common sign that your dentist is scamming you is when they charge what seem excessive amounts to your dental insurance.

Usually, you don’t check the invoice to see what they’ve claimed to have done. Even if you did, you might not know whether they were ripping you (or your insurance company) off. If your insurance company charges you for dental work not covered under your policy, go back to your dentist and demand to see what work they’ve billed your provider for, and why they didn’t inform you of those potential charges.

Deep teeth cleaning is expensive and usually only reserved for patients who suffer from regular gum infections or oral diseases. If this isn’t you, know that this procedure often isn’t covered under standard dental insurance and really isn’t necessary if your oral health is solid. Besides, it’s a pretty darn unpleasant procedure, so don’t allow your dentist to scam you into it unless it’s absolutely necessary!