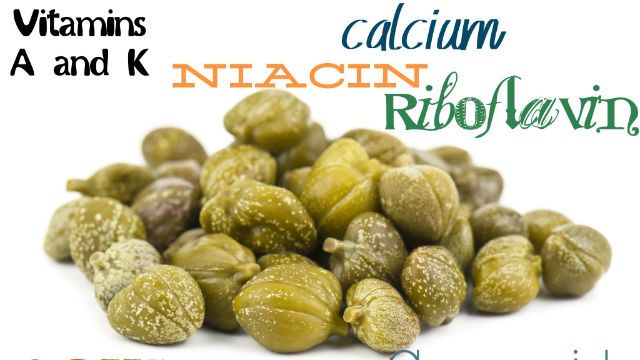 The tiny green bulbs that add just a touch of tang to many a Mediterranean dish are actually the unripened flower bud of the Capparis Spinosa plant and are sometimes referred to as Flinders Rose. While small in stature, capers pack a potent punch, both in terms of flavor and health benefits.

Capers are most often used as a seasoning or garnish. They range in size from as small as a peppercorn to as large as a green olive. The larger capers are quite strong in flavor while their smaller counterparts are more aromatic and more valuable as well.

From a nutritional standpoint, capers are a powerhouse of nutrition even though they are extremely low in calories (a whole tablespoon provides a mere two calories). These salty round bulbs are a good source of vitamins A and K as well as niacin, riboflavin, calcium, copper and iron. They are also a rich source of flavonoids, which play extremely important roles in disease prevention.

Capers are the second highest source of the flavonoid quercetin. Research has linked quercetin with having anti-carcinogenic, analgesic and anti-inflammarory effects.

And while high in quercetin, capers also contain a number of other compounds including spermidine, rutin, kaempferol, stigmasterol, campesterol, tocopherols, and carotenoids. Studies have found the combination of these compounds have antimicrobial, anti-oxidative, anti-inflammatory, immunomodulatory and antiviral properties.

Of particular importance for those who like to indulge in meat-based dishes, one study discovered that capers may prevent the formation of cancer-causing agents linked to certain cooked meats.

In the study, researchers added caper extracts to grilled turkey and analyzed a simulated digestion process. They found that the extracts helped prevent the formation of byproducts of digested meat that have been previously linked to cancer.

Capers add a tangy twist to any dish. These tasty bites are high in salt, so use sparingly if you suffer from hypertension. Luckily, their notable taste is highly concentrated, so a little goes quite a long way.