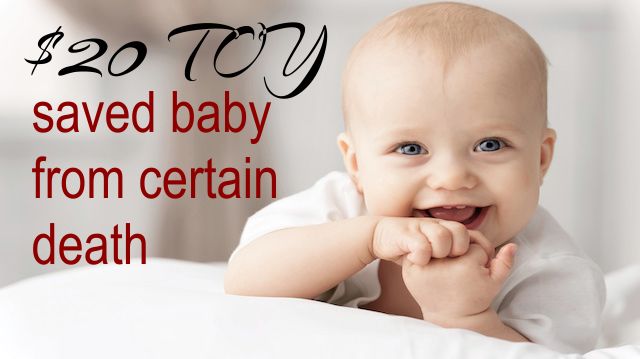 In our hyper-connected, bigger, better, faster world, people often laugh at the latest innovations. Does anyone need a ring that sends text message notifications, or eyeglasses that post to Facebook?

But thanks to the miracle of human innovation, as technology evolves, new inventions can do things even their inventors never predicted. Sometimes innovation saves a baby’s life. Other times, innovation changes the world.

Born in August 2015 with a rare heart and lung condition, Teegan Lexcen was offered palliative care and a grim prognosis — there was nothing doctors could do except keep her comfortable.

Today, baby Teegan is expected to make a full recovery, thanks to a lifesaving surgery made possible by a toy-like device that can be purchased online for less than $20.

“Once we saw these images, we said, ‘Wait a minute. We can figure this out,’” Dr. Anthony Rossi of Nicklaus Children’s Hospital in Miami told CNN. “I think this was the difference between her living and dying.”

Reminiscent of the View-Master toy that brought to life popular superheroes, cartoons, and Disney characters for generations of children, Google Cardboard looks like boxy cardboard goggles.

Designed to hold a smartphone, with the right app the viewer transforms two-dimensional pictures into vivid three-dimensional images. Those images can be seen from all angles with nothing more than a turn of the head.

“For a surgeon, that’s everything,” Rossi said. “Minutes, and millimeters, make the difference between getting it right and getting it wrong.”

Teegan was born missing one lung and nearly half her heart. The condition is so rare, her doctors in Minnesota had never seen it.

Teegan was sent home with a hospice nurse and medication to keep her comfortable. Two months later she was small but still alive, so her parents Cassidy and Chad Lexcen sought a second opinion.

They eventually made contact with Dr. Redmond Burke, chief of cardiovascular surgery at Nicklaus Children’s Hospital, number three on a list of the “20 Most Innovative Pediatric Surgeons Alive Today.”

Although doctors at Nicklaus had never seen a child missing one lung and nearly half her heart, Burke asked his colleague at the hospital, Dr. Juan Carlos Muniz, to create a three-dimensional model of Teegan’s heart.

He reported the bad news several hours later — the 3D printer was on the fritz.

Bad luck turned fortuitous when Muniz tried a technology normally used for playing video games, virtual reality. With the aid of an app called Sketchfab, and Google Cardboard, doctors were able to view Teegan’s heart from every angle.

“It’s revolutionary, because the way that we would plan surgery in the past is we took a two-dimensional image, and then in our mind we would have to process that and try to come up with an idea of what we’re going to see when the baby’s chest was open,” Rossi said.

Burke was able to visualize Teegan’s heart in context with other important structures, and save her the trauma of an incision that would have put her life at additional risk.

“It was mind-blowing,” Cassidy Lexcen told CNN. “To see this little cardboard box and a phone, and to think this is what saved our daughter’s life.”

Innovations spring from the least-likely places. DARPA, the U.S. military research agency that develops technology intended for national security, has been criticized for delivering technology directly into the hands of our nation’s soldiers. But even DARPA changed the world.

The Defense Advanced Research Projects Agency was established during the Cold War to develop advanced technology for national defense. Scientists and military officials were especially concerned about the nation’s telecommunications system.

In 1962, a time when most people did not even have access to computers, scientist J.C.R. Licklider proposed an outlandish solution: a network of computers that can talk to each other.

With participation from researchers, scientists, and students all over the world, the “galactic network” Licklider envisioned, slowly morphed into a technology that has transformed the way we work, live, and communicate. 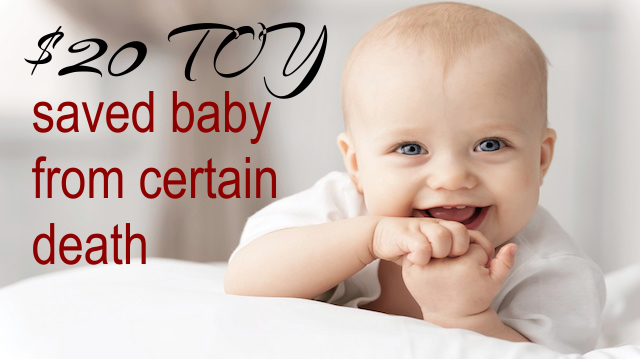 Now called the Internet, we use it to order pizza from a fridge magnet or to send flowers to the bedside of a sick friend, without ever picking up a phone.

We can go on an Amazon-fueled shopping trip, or use Skype to speak to and see long-distance loved ones via face-to-face communication that was impossible before without a plane ticket.

Here are a few new inventions on the market today. What else could we use them for?

View-Master has gotten a facelift, with the aid of virtual world technology. It works with your smartphone to create a 360-degree, virtual reality experience.

3Doodler is the world’s first 3D pen. With a wave of the hand, 3Doodler draws in the air.

Zwift is a gaming platform that lets cyclists ride actual courses, from the comfort of their own home. Cyclists can meet up with friends, or make new ones on virtual routes like New York’s Central Park.