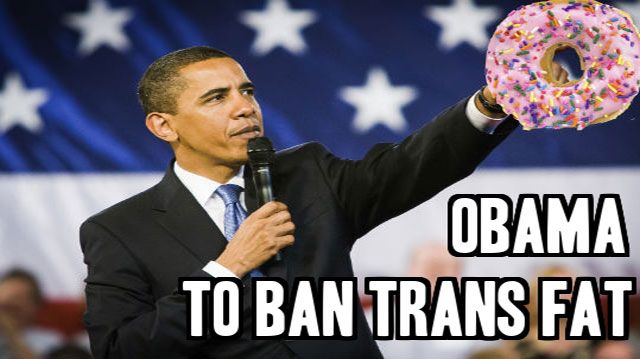 They snuck into our food supply in the 1950s after lard, butter, and even coconut oil took a hit as a result of the now debunked lipid hypothesis. These dangerous, laboratory-concocted fats (known also as partially-hydrogenated fats), are added to processed foods to make them more palatable, increase their shelf life, and improve flavor.

These oils are also used to keep baked foods from sticking to equipment and to stabilize flavors, colors and salts.

Over 80 percent of trans fats come from processed foods (which really should be banned), while the remainder comes from meat and dairy.

There is no safe level of trans fats; they have been strongly linked to heart disease and other illnesses in multiple studies

Trans fats are evil, there is no argument here. Created in an industrial process that adds hydrogen to liquid vegetable oils to make them more solid. Manufacturers use them because they’re cheap, simple to produce, and last a long time
.
Many restaurants use them to deep-fry foods, as oils with trans fats can be used many times in a commercial fryer. Typically, french fries, cookies, chips, frozen waffles, frozen foods, and crackers contain from 30 to 50 percent trans fatty acids. Donuts, an American staple, may contain up to 40 percent, depending on the brand.

Obama to the rescue?
In a move that could quite possibly be one of the best things the Obama administration has done for the American people, the death of trans-fats as we know them seems to be on the doorstep.

This decision follows up the 2013 proclamation by the administration that partially hydrogenated oils are not safe. Since 2006, The Food and Drug Administration (FDA) has required food manufacturers to include the trans fat content per serving of food on labels.

Food products such as Cheetos and Oreos have actually eliminated hydrogenated oils on their own over the years — however, others such as Pop Secret microwave popcorn, Sara Lee cheesecake, Pillsbury Grands Cinnamon Rolls, and more are still using the deadly fake fat.

At present, a label can say that the product contains no trans fats when there is, in fact, 0.5 grams in each serving.

Still some exceptions… but this is a good start
Although there may still be room for some exceptions (this we are not pleased with), the ruling could push food manufacturers to cut trans fat even more than the already achieved 85-percent reduction (this we like). Of course, this is all part and parcel with Obama’s “healthier living” agenda.

Food industry starts a petition
The food industry tends to believe that low amounts of trans fats are harmless, and they have formed a food additive petition in order to ask the FDA to allow some use of hydrogenated oils, mostly for things like sprinkles on cupcakes, cookies or ice cream. Keep in mind, the damage caused by trans fat is cumulative. Even a little consumed each day adds up very quickly.

Increased risk of heart attack and stroke
One of the biggest concerns about trans fats is the unhealthy effect on cholesterol levels. When LDL cholesterol builds up in the walls of the arteries, it makes them hard and narrow.

HDL is responsible for picking up excess cholesterol and taking it back to the liver. Because trans fats raise LDL cholesterol levels and lower HDL cholesterol, this increases the risk of heart attack and stroke.

In addition to harming heart health, trans fats can have negative effects on many other aspects of your health. Regular consumption increases the risk of breast and prostate cancer.

It’s also thought to increase weight gain by favoring abdominal fat deposition, increasing the risk of obesity, as well as type-2 diabetes, as obesity is a major factor for developing this serious health condition.

A 2003 study, published in Archives of Neurology, linked the intake of trans fats to promoting the development of Alzheimer’s disease.

When it comes to trans fat, there are no safe levels, unlike other dietary fats, as they are unnecessary to the body, resulting in considerable potential harm with no apparent benefit, according to the New England Journal of Medicine. 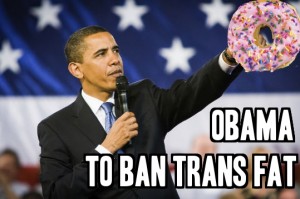 A study performed at the University of California surveyed 945 men and women about their trans fat intake, as well as their levels of aggression. When the survey results were adjusted for outlying factors, such as age and use of alcohol and tobacco, researchers found a strong link between aggressive behavior and the consumption of high levels of trans fats.

Lead author Beatrice Golumb says, “We found that greater trans fatty acids were associated with greater aggression. This adds further rationale to recommendations to avoid eating trans fats as their detrimental effects may extend beyond the person who consumes them.”

It is thought that the connection between trans fats and anger has to do with trans fats inhibiting the body’s ability to metabolize omega-3 fatty acids. Past studies have linked a lack of omega-3s with antisocial behavior and depression, so the anger connection is not too surprising.

Other damaging effects
A 2003 study, published in Archives of Neurology, linked the intake of trans fats to promoting the development of Alzheimer’s disease.

Knowing how to avoid trans fats is a good thing, here are just a few tips:

Sam Kass, former senior adviser for nutrition at the White House and executive director of Let’s Move! says, “This is a massive win for public health.” Many lives will be saved by this move, as according to the FDA, cutting out trans fat could prevent 20,000 heart attacks and about 7,000 deaths.