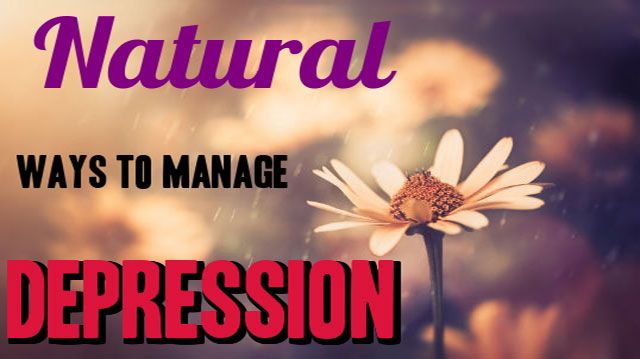 Depression is a condition that affects nearly 20 million Americans—and one that still comes with a lot of stigma. Because of the debilitating nature of this condition, the unknowns that still surround it, and the pitfalls of prescription antidepressants, a great many people are searching for a natural solution.

There is no one “magic pill” for alleviating depression—or any other chronic condition, for that matter. However, when we start to fully understand how to positively alter our lifestyles towards healing, we move closer to an answer.

Also, from this holistic perspective, there are some natural remedies that are showing promise in the management of depression—and this spells hope for many sufferers.

The problem with antidepressants

While prescription antidepressant medications can provide some people with relief from their depression symptoms, this relief comes at a price—if relief is even found at all. Some researchers estimate that up to 70 percent of depression patients do not respond to the initial treatment they are given.

For some people that take antidepressants, the side effects are minor. For others, however, they can be quite significant. One common class of antidepressant in particular, known as Selective Serotonin Reuptake Inhibitors (SSRIs), has been the focus of quite a bit of media attention because of potential physical, mental, and sexual side effects.

According to Harvard Medical School, just a few of the physical side effects that people taking SSRIs can develop are headaches, stomach trouble, joint pain, skin rashes, involuntary movements such as muscle spasms, and insomnia. In more serious cases, blood clotting ability can be compromised.

As far as other side effects, just a few listed by Harvard Medical School include severe anxiety, diminished sexual drive and ability, and even suicidal tendencies.

The link between SSRI use and suicidal tendencies was explored in significant detail during a 2005 study performed in Ottawa, Ontario, and published in the British Medical Journal (BMJ). This study surveyed and analyzed 702 randomized controlled trials which tested the effects of SSRIs against either a placebo or another type of drug.

From their analysis, the study authors concluded, “A significant increase in the odds of suicide attempts (odds ratio 2.28, 95% confidence 1.14 to 4.55, number needed to treat to harm 684) was observed for patients receiving SSRIs compared with placebo.”

Of course, not all people who take SSRIs and other antidepressants experience these ill effects. However, it seems like a high risk, especially when there are natural options to try first.

One herb which is showing scientific potential in combating depression is Rhodiola rosea, also known as roseroot.

According to a new study recently performed by the Perelman School of Medicine at the University of Pennsylvania and published in the journal Phytomedicine, roseroot may benefit sufferers of mild to moderate depression.

The leader of the study, Dr. Jun J. Mao, explains, “These results are a bit preliminary but suggest that herbal therapy may have the potential to help patients with depression who cannot tolerate conventional antidepressants due to side effects.”

For their small trial study, Dr. Mao and his fellow researchers recruited 57 adults who had been documented to have shown two or more “major depressive episodes,” and had been diagnosed with major depressive disorder (MDD). Some of their symptoms included difficulty concentrating, changes in weight, sleep problems, loss of pleasure in activities, and repeatedly thinking about death.

For 12 weeks, the study participants received either roseroot extract, a placebo, or an antidepressant known as sertraline.

When results were analyzed, the researchers found that while study participants who took sertraline were “somewhat likely” to report benefits to their depression symptoms compared to those taking roseroot, the differences were “not found to be statistically significant.” Also, the participants who took sertraline reported twice the side effects of those taking roseroot extract.

Compared to the placebo, the participants taking roseroot reported 1.9 times the improvement of their depression symptoms.

On their results, the study authors wrote, “Although R. rosea produced less antidepressant effect versus sertraline, it also resulted in significantly fewer adverse events and was better tolerated. These findings suggest that R. rosea, although less effective than sertraline, may possess a more favorable risk to benefit ratio for individuals with mild to moderate depression.”

While the study was small, the researchers state that it would be worthwhile to do more research on roseroot, in larger studies, to see what the effects would be. With more study, this herb may end up benefitting many individuals who would otherwise be subject to the ill effects of prescription antidepressants.

Other natural options for tackling depression

Besides roseroot, there are a number of other natural remedies that have been linked to aiding individuals suffering from depression. One is niacin, also known as vitamin B3. According to the University of Maryland Medical Center, a deficiency in niacin—which is most commonly caused by alcoholism, but may also be due to a poor diet—affects a number of hormones, including those that govern both the stress response and sexual function.

Luckily, there are many foods which contain niacin, and making sure you include them in your diet may help to regulate your hormones, adrenal function, and mood.

Another important vitamin which may have a significant effect on depression is vitamin D. The authors of a 2011 study performed at Loyola University in Chicago, Illinois wrote the following:

“Most individuals in this country have insufficient levels of vitamin D. This is also true for persons with depression as well as other mental disorders… Effective detection and treatment of inadequate vitamin D levels in persons with depression and other mental disorders may be an easy and cost-effective therapy which could improve patients’ long-term health outcomes as well as their quality of life.”

While the absolute best way to get your daily vitamin D is a good dose of sunshine, during cloudier, or colder, days, there are some great nutritious food sources you can turn to, as well.

There are various other supplements that are recommended for depression, St. John’s Wort, for one example. Certain essential oils, such as those in the citrus family (bergamot, orange, grapefruit, and lemon, to name a few), as well as lavender and ylang ylang, may also help. You can use these in an aromatherapy diffuser to spread the essence around your home, or dilute in a base oil such as organic coconut oil, and apply them to pressure points.

However, before you take any supplement (roseroot included) or start a regimen with essential oils, it is wise to speak to a natural health professional you trust, and to make sure you are getting your supplements and oils from a source you trust, to avoid contamination.

Depression is a complex disorder, but it is generally known that one’s lifestyle may contribute a great deal to the onset and continuation of symptoms. First of all, it is key to eat a balanced diet of whole, nutritious, real foods. All that processed junk contains a world of additives and fillers, which may affect hormonal function and other physical and mental processes.

Foods that contain omega-3 fatty acids, in particular, such as flaxseeds, chia seeds, and wild-caught salmon and sardines, have been linked to alleviating depression symptoms. 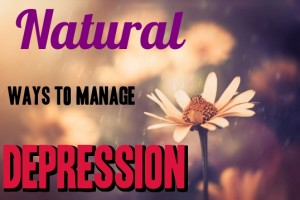 On top of diet, regular exercise, and quality sleep (at least seven hours per night) are crucial. Negative habits, such as a sedentary lifestyle, smoking, and drinking too much alcohol may trigger or worsen depression—as many health experts agree. Relieving stress is also crucially important, and ancient techniques such as meditation and yoga have been practiced for centuries with highly positive effects.

While there may still be a lot of unknowns surrounding depression, awareness is spreading, and more and more alternatives to prescription medications are being discovered. If you have been struggling with depression, it is worth it to try natural options before going the prescription drug route—for your own health and safety.

The decision is, of course, a personal one, but there is a lot that nature can do.

On top of changing your lifestyle for the better and giving natural remedies a try, never underestimate the power of reaching out and talking to someone you trust. Humans are social creatures and empathy works wonders, so never be afraid or hesitant to ask for help.